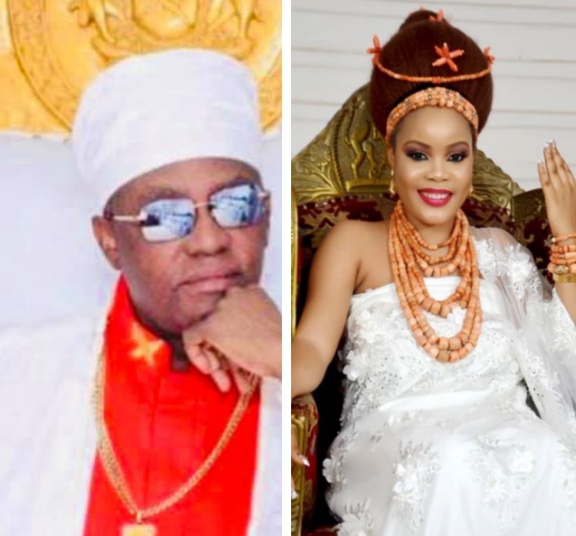 It would be recalled that Oba Ewuare II, in May 2020, welcomed his first infant Prince after he ascended the throne of his forebears as the 40th Oba of Benin from her Royal Highness, Princess (Oloi) Iyayota Ewuare II.

The traditional ruler made the announcement at 4:57 p.m at his palace on Friday, August 6, in Benin City, amidst jubilation by guests.

The monarch paid tribute to God Almighty and the ancestors for the blessing. 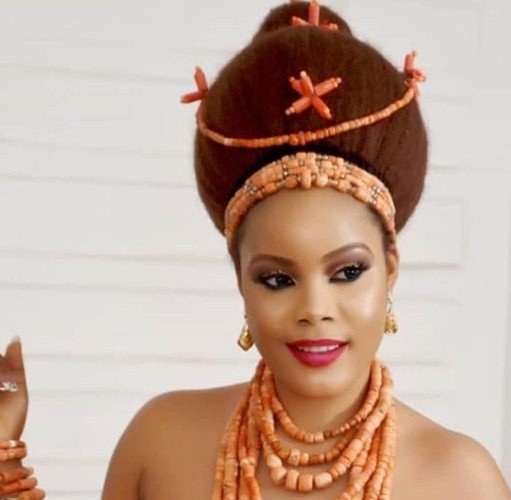 A statement issued by the Secretary, Benin Traditional Council, Frank Irabor, said the Quadruplets and their mother are in excellent health.

“May the Lord God Almighty and our ancestors protect mother and the Quadruplets in good health and bless them with long life. We congratulate our beautiful, elegant and amiable Queen, her Royal highness Queen Aisosa Ewuare for a safe delivery and pray that this happy occasion shall berth more blessings for her, the Palace and the entire Benin kingdom. A date for the naming ceremony would be announced later.” the statement read. 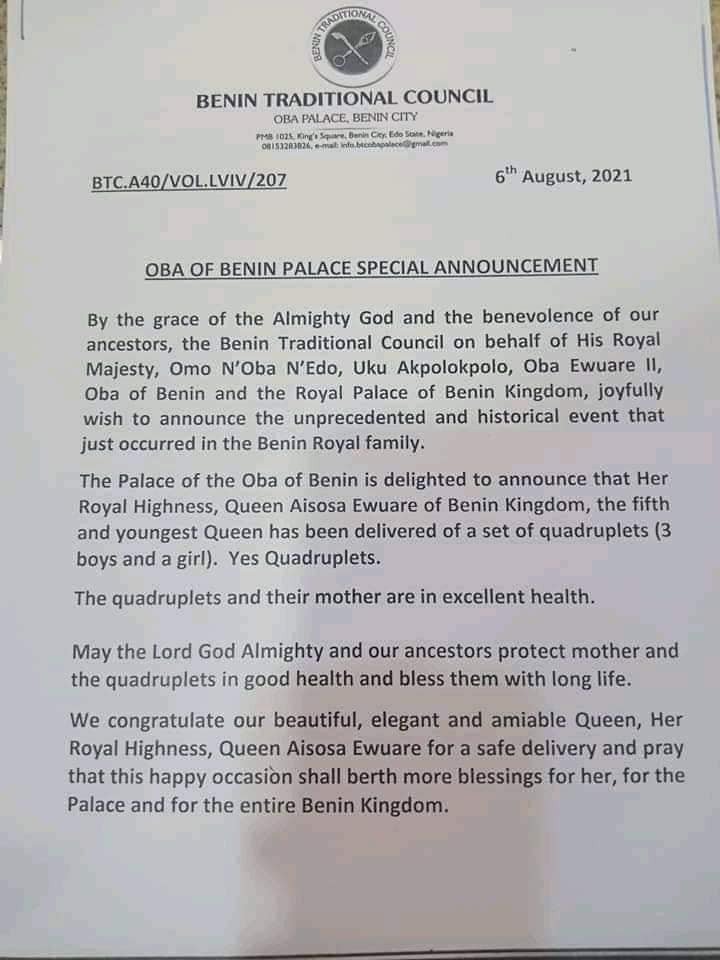 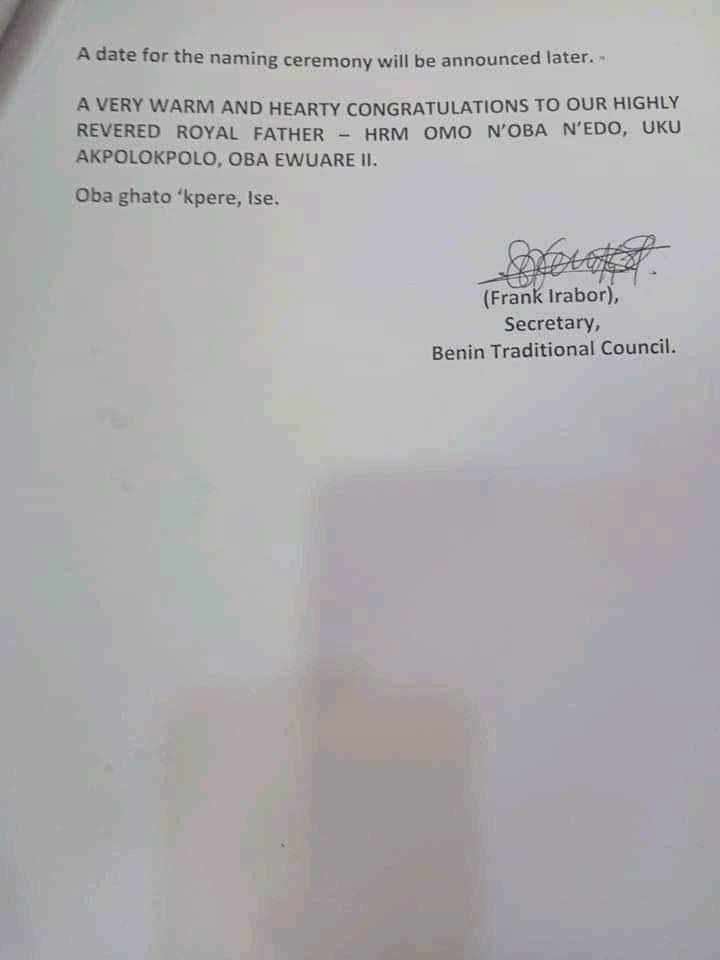 Related Topics:Oba of Benin welcomes quadruplets with fifth wife
Up Next