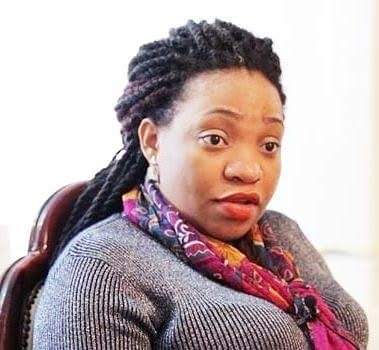 Uchechi, wife of Nnamdi Kanu, leader of the Indigenous People of Biafra, IPOB, has said only the British government can prevent the Nigerian government from subjecting the agitator to further harm.

She made the remark in a letter to the Secretary of State for Foreign, Commonwealth and Development Affairs of the United Kingdom, UK, Dominic Raab MP.

Uchechi stressed that only Raab can end the current travail of the IPOB leader.

Her call was contained in the letter by Kanu’s UK legal team, Bindmans LLP.

Bindmans LLP sent the pre-action letter on behalf of the Kanu family to Raab MP, challenging his ongoing failure to provide consular assistance to the IPOB leader who is a British national.

“Only the British government can prevent him from being subjected to further harm. My family’s future happiness rests with Dominic Raab. He can end all of this in an instant. He can stop my nightmare,” she said.

Kanu has been in custody of the Department of State Services, DSS, since he kidnapped, tortured and repatriated from Kenya an east African country.

Despite being in DSS custody, the secret police had failed to produce Kanu in court for the continuation of his trial on Monday.

The prosecution had informed the Justice Binta Nyako-led Federal High Court that DSS failed to produce Kanu due to logistics.

Against this backdrop, the trial judge had adjourned the matter till October 21st.

Related Topics:ONLY YOU CAN STOP BUHARI GOVERNMENT FROM HARMING MY HUSBAND - KANU WIFE WRITES UK GOVT
Up Next