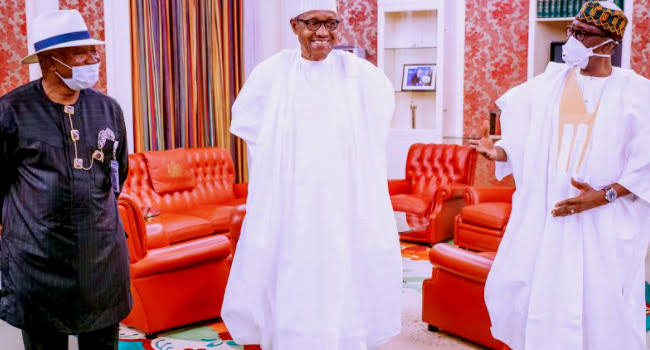 The Office of the National Security Adviser, ONSA, has dismissed reports of a brewing rift between President Muhammadu Buhari’s security adviser, Babagana Monguno, and the Interim Administrator of Presidential Amnesty Programme, Milland Dikio.

ONSA’s Head of Strategic Communication, Mr Zakari Usman, disclosed this in a terse statement in Abuja on Sunday.

According to him, the alleged rift was the imagination of those he described as mischievous elements, who, he said, were out to stoke confusion and mislead the public.

Usman explained that it became apparent no rift exists between the duo over tenure extension after Monguno called on stakeholders and amnesty beneficiaries to continue to support ongoing reforms by Dikio at the programme’s office.

“Therefore, stakeholders across the Niger Delta, public and media are advised to disregard and dismiss the report as a spurious work of journalism.

“The amnesty beneficiaries are equally encouraged to continue to support ongoing reforms of the programme,” he said.

Amaechi: If we’re not careful, we’ll be chased out of Abuja one day

Buhari Govt Sued Over ‘Payment Of N729bn To Poor Nigerians’