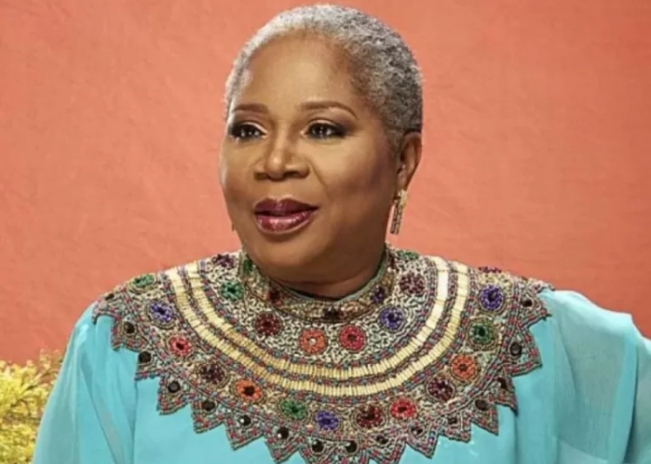 Popular Nigerian singer, Onyeka Onwemu, has open on clams that she had a secret marriage with former President of Nigeria, Olusegun Obasanjo.

Onwenu in an interview with Chude Jideonwo noted that the allegation that she slept with Obasanjo and had a secret marriage with the former President is false.

She also revealed she was accused while growing up of sleeping with many big men in Nigeria.

The veteran singer said: “I was accused of sleeping with Sunny Ade, Fela and Obasanjo.

“They even went to the extent of saying I got married to Obasanjo secretly. If he approached me to marry him, why would I keep it a secret? We would have made it public so that was funny.”

Onwenu further stated her marriage to her ex-husband would have almost killed her if not for her brother who saved her.

Related Topics:Onyeka Onwenu Opens Up On ‘Secret MarriageSleeping With Obasanjo
Up Next