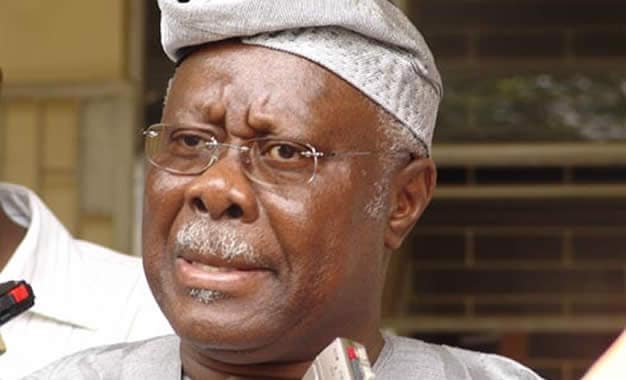 TrackNews Online reports that Wike has been accused of being behind the recent crisis rocking the main opposition party.

Recall that the national chairman of the party, Prince Uche Secondus, had survived plots to remove him two weeks back by some members of the party.

Speaking to PUNCH on Sunday, George stated that Wike should not be blamed for the failures of the Secondus’ leadership.

He said: “Let them leave that young man (Wike) alone. If there is no action, there can’t be a reaction. It didn’t just drop out of the sky. I have an example: when they messed up the issue of the chairmanship in Lagos State, we wrote several times to them that ‘you have to correct this nonsense within the constitution, so that everybody would know, for real, that you are acting well.’ That is our governor, that’s how we know that you don’t start working and treating issues based on your own opinion. It must be within the constitution of the party. They erred there, we pointed it out. So, we took them to court, got a proper judgment and they are now defying the judgment of the court. You disrespect the judiciary, so you’re a lord of the manor.

“The ability of the managers of the party to rise above crisis and resolve crisis is a measure of their confidence. But if you denounce the constitution and decide also to do whatever you think within your mind outside that constitution, then you have erred. I am happy that the elders rose to the occasion, so let them not start talking about Governor Wike, governor this or that.

“We must, at that level, be able to speak truth to power without being afraid, otherwise why are you jumping all over the place and saying you are ‘Your Excellency.’ If something is bad, say it is bad. We have a local parlance in my place that says, ‘If you speak out, you die. If you don’t speak out, you would die. So, just speak out and shame the enemy.’ That is my opinion.”