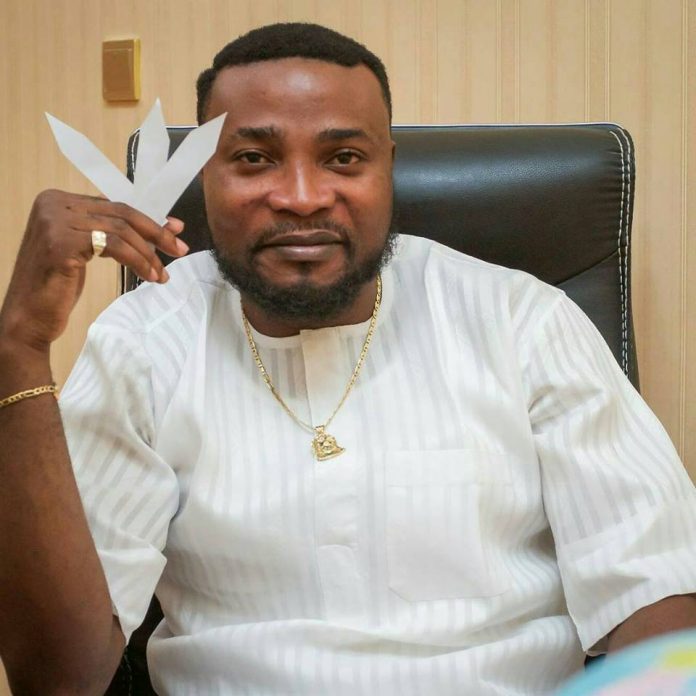 Adewale Aladejana, also known as Wale Jana, the Chief Executive Officer of Sapphire Scent has lost properties worth millions of naira to people who invaded his Lekki office a few days ago. No fewer than 10 men in the company of three Policemen invaded his office. They took away some valuables and perfume displayed for sale. Those who made away with his properties were investors who were yet to get their return on investment and capital from his investment scheme.

The controversial businessman is reportedly broke and he has not been able to redeem the pledge he made last year to refund all the money invested in his business to the investors.

Last year, several investors and distributors harassed him endlessly for their entitlements, with many taking to social media to expose him for failing to make returns on their investment and also for withholding their capital.

Popular social media activist, Segun Awosanya also known as Segalink, waded in after several investors asked him to get involved. According to him, Wale didn’t intentionally defraud his investors only that he lacked exit plans. He, however, promised to help the investors recover their capitals.

In a bid to make peace with the warring parties, Wale Jana issued an apology on social media to his investors. He blamed poor decision making and poor business strategy for his business woes. He also promised to pay back their money and asked his investors to give him time so that he could make good his promise.

Some months after that, the controversial businessman redeemed his pledge. He paid the sum of N76 million to some of the people he owed. He even posted their names and the sums of money he paid to each investor on social media. However, nothing has been heard since then about the promise to repay the remaining funds until videos of his properties being seized surfaced online.