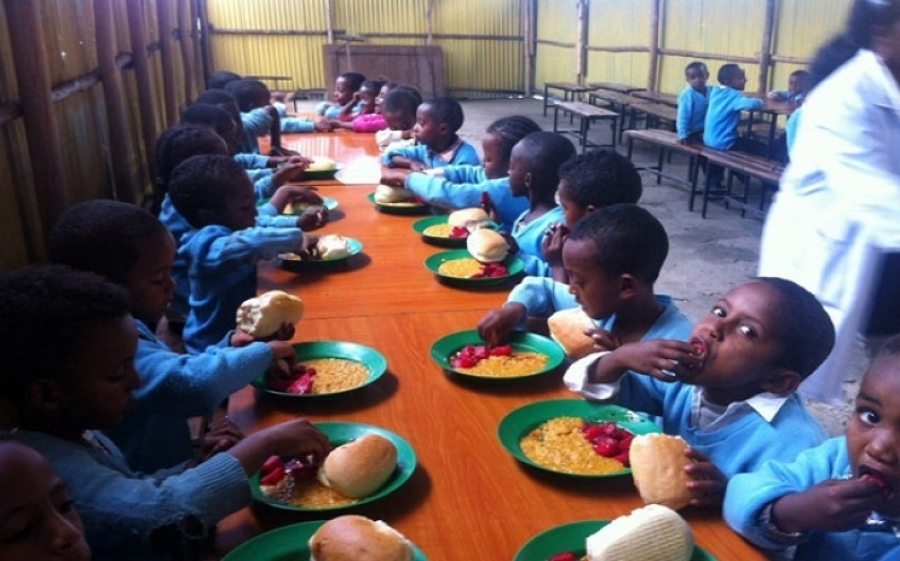 Food vendors who were contracted by the federal government to run the school feeding programme in Ondo State have disclosed that they received very little amount to cook for pupils in the state.

Some of the food vendors who were engaged by the Federal Ministry of Humanitarian Affairs, Disaster Management and Social Development for the scheme known as Home Grown Feeding Programme in the state, revealed that they received the sum of N2,400 to cater for 50 to 70 pupils daily.

According to the food vendors who craved anonymity, the money which totaled N12,000 per were and which they received on weekly basis to cook for the pupils was no longer realistic with high cost of ingredients and food stuffs in the market.

One of the vendors who revealed that they received eggs from government, maintained that the money given to them was not enough compared to the number of students they must cater for.

The vendor maintained that despite series of complaints, nothing had been done over the situation, hence the resolve to give the pupils whatever was available.

“As for me, there is no how I will bring fruits for the pupils, how will I do it? So I have ruled out fruits because there is no money available for that.”

However, a head teacher in one of the primary schools in Ifedore Local Government Area of the state who commended the federal government for the initiative, lamented that the food vendors have not been consistent with the programme.

“At times, when we called the cook, she will tell us money is not dropping into her account. So we want the money to be dropping into their accounts as and when due.

“Some of the vendors have not come this term. We have not seen them since we resume this term. Even last term, they didn’t come for about two weeks till we had holidays.”

Reacting, the Senior Special Adviser to Governor Oluwarotimi Akeredolu on Multilateral and Intergovernmental Relations who is also the Focal Person on Nigerian Social Investment Programme in the State, Mrs. Bunmi Ademosu described the claims as false.

Ademosu, who accused the food vendors of insincerity, stated that on many occasions, the number of pupils they claimed to feed in many schools were inflated.

‘You Are Wrong’ – FG Knocks Masari Over Calls For Self-defence