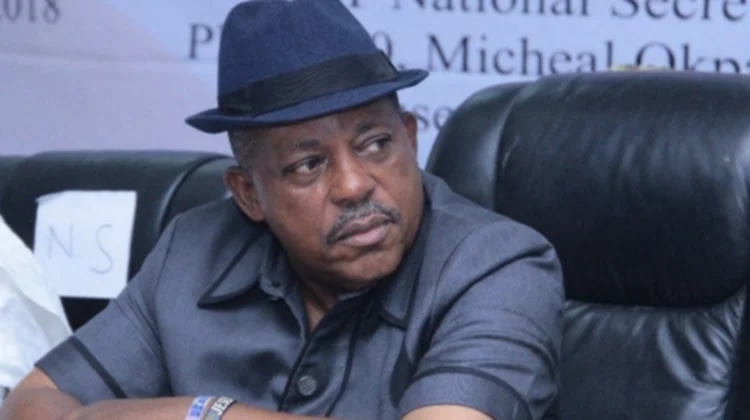 He spoke in wake of his absence at the PDPs 92nd National Executive Council meeting at the party’s secretariat in Abuja on Saturday.

His media office said his absence at the NEC meeting was because of an interim order from Cross River State High Court.

There are now two orders suspending Secondus as chairman and one in his favour.

“The media office of Prince Uche Secondus wishes to correct erroneous news circulating that he has stepped down as the National Chairman of the Peoples Democratic Party.

“As a law-abiding citizen, who has been an adherent of the rule of law as a basis for democracy, stayed away out of respect for the courts.

“By this release, media office wishes to urge media houses and members of the public, particularly beloved members of PDP, to disregard any news suggesting that he has stepped down.”

Related Topics:Secondus: I am still the PDP chairman
Up Next

2023: I Am Not Aware Of Any Pact Between Buhari And Tinubu – Rotimi Amaechi