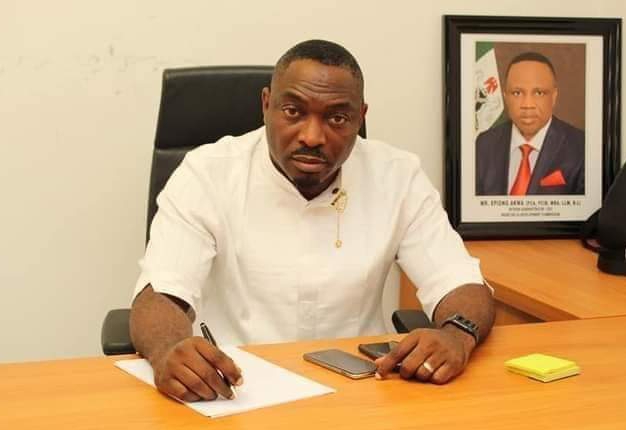 The special adviser on youth matters to the acting managing director of the Niger Delta Development Commission (NDDC), Udengs Eradiri has reiterated his position on the controversial 3% equity stake for the host communities in the Petroleum Industry Act, PIA.

After years of politicking, the people of Niger Delta have no choice but to settle for the 3% given to the region, Udengs maintained in a statement sent to TrackNews Online

He averred that “We had the opportunity but blew it; our political leaders and representatives were ill-prepared for leadership so when the chips were down they were not equipped to negotiate to our benefit.

“Our leadership selection process is faulty and until we start paying more attention and scrutiny to the quality of leadership we present we will continue to cry over spilled milk.”

Udengs, a former President of Ijaw Youth Council (IYC), expressed that instead of lobbying the National Assembly, southern governors went to Lagos State for “Aluta” struggle and eventually lost the chance to get 5% as earlier proposed by the House of Representatives.

He called on the IYC and Ijaw National Congress (INC) to “stop crying over spilled milk because there is work to be done, and if we are not careful other people will be planning to capitalize on this 3% for their pockets.”

Udengs noted that he sees the prospects of development commissions springing up to manage the 3% equity stake on behalf of the host communities.

He accused governors from the region of kicking against the 3% because they will not be able to control the money.

He added that the PIA is a game-changer compared to what the Niger Delta had in the past.

According to him, “I see development commissions set up to manage the 3% on behalf of the communities. Already governors are kicking because they fear they may not have the opportunity to control that huge money.

‘’INC shine your eye, else you block the east-west road while smart guys will be controlling our community wealth as it is in NDDC.’’

He also commended the Minister of State for Petroleum Resources, Chief Timipre Sylva for the role he played.

In his words: “3% will make a whole lot of difference in the lives of people in niger delta communities if we get the right framework and individuals to manage the process and this is the time to meaningfully engage the minister, chief Sylva, and the Presidency.

“3% with community participation as anticipated will hugely reduce vandalisation, criminality and environmental pollution that have devastated our communities.

“Therefore this is the time to sensitize our people, educate them about this implication and opportunities in the PIB .

“This PIA is a game-changer especially from the near-nothing position we are coming from to a 3% . Look at NDDC it is surviving with the 3% from IOCs and look where we are,” he stated.