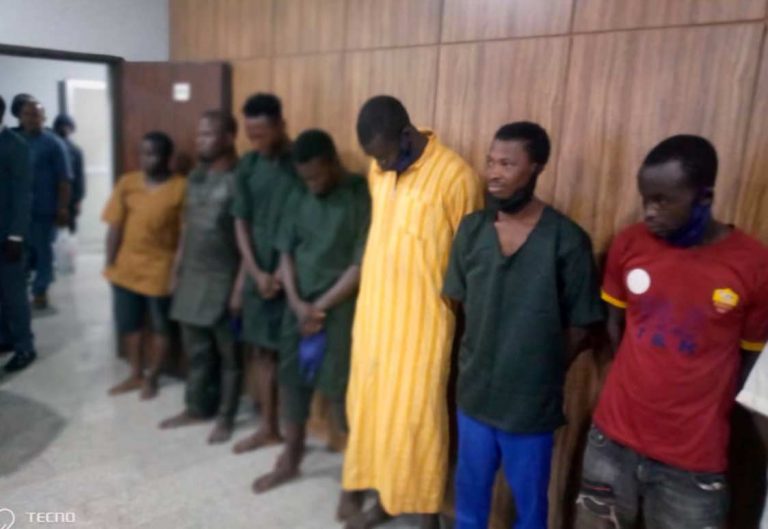 The lawyer to the detained aides of Yoruba Nation activists, Sunday Igboho, Pelumi Olajengbesi has revealed that the absence of the presiding judge is responsible for the continued presence of the aides in DSS custody.

According to him, all the aides have met the bail conditions issued to them but the judge who is to sign their bail papers travelled out on short notice.

TrackNews Online recalls a Federal High Court, Abuja had on August 4, granted bail to 12 aides of Igboho after spending 32 days in the detention of the Department of State Services.

Justice Obiora Egwuatu admitted their bail in a bail application, filed on their behalf by their lawyer Pelumi Olajengbesi.

The court had asked each of the 12 detainees to get two sureties each.

But Olajengbesi on Tuesday told The Punch that he was informed by the bail office that the presiding judge travelled out of the country on short notice hence the release warrant of his clients can’t be signed yet though they have perfected other conditions.

“We have met all the bail conditions and the deputy registrar at the bail office has signed a memo to that effect. However, I was told by the bail office that the judge that will sign their release order has travelled out urgently for a seminar and will not return till next week,” the lawyer said.

Olajengbesi lamented that the sudden foreign trip is a plot to keep his clients in detention longer than necessary.

It will be recalled that the detained aides of Sunday Igboho had instituted a suit against the DSS and its Director-General, Yusuf Bichi, following their arrest and detention on July 1, after the DSS’ raid of Igboho’s residence in the Soka area of Ibadan, Oyo state.

Related Topics:Sunday Igboho’s Aides Have Met Bail Conditions But Judge Has Travelled Out – Lawyer
Up Next

There Are Some Who Believes That a lot of Things Need Change Given The Nature of Governance in Bayelsa- Comrade Owoupele JP.