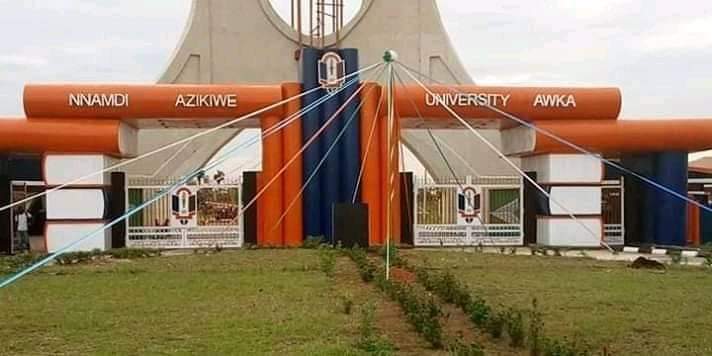 Friends and family of David Ogbonna, a 200 level Industrial Physics student of the Nnamdi Azikiwe University, Awka, Anambra State, has been thrown into mourning after he reportedly committed suicide over poor exam results.

According to reports, it was gathered that the incident took place in the school hostel where late David Ogbonna, hanged himself.

An eyewitness also told newsmen that the room where the incident took place has been under lock and key as the school authorities refused anyone access to the place. It was also noted that the roommates of the deceased were being interrogated for further investigation.

An eyewitness, who preferred anonymity, in a chat with TheNation said: “The deceased locked himself inside the room and when the door was broken, he was seen dangling with a rope around his neck.”

Another source, who described the deceased as ”a quiet and calm student, said he never showed any sign of depression before the incident.

Meanwhile, one of the deceased’s close friends stated that the family had issued an official statement that they would like to mourn Dave in peace.

In other news, operatives of the Imo State Command of the Nigeria Police during a fierce gun battle, have killed a notorious armed robber terrorizing the area.

The armed robber, identified as Bugatti was killed in the Nsu forest of Imo forest as confirmed in a statement on Saturday by the Imo Police spokesperson CSP Mike Abattam on behalf of the state Commissioner of Police, Rabiu Hussaini.

The statement disclosed that the killed criminal was responsible for many deadly crimes in the state and had been on the wanted list of the Police for a long time.