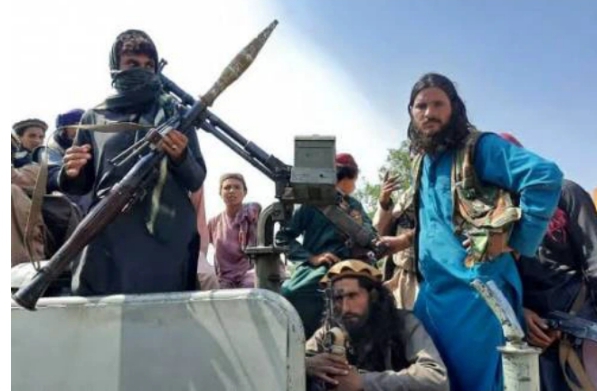 The State Department was also said to be involved in discussions over the weekend, with officials in the White House monitoring the developments.
The Afghan government reserves held in United States’ bank accounts have been frozen by the Joe Biden administration.

This directive blocked the Taliban from accessing billions of dollars held in U.S. institutions, according to two people familiar with the matter.

U.S. froze nearly $9.5 billion in assets belonging to the Afghan central bank and stopped shipments of cash to the nation as it tries to keep a Taliban-led government from accessing the money, an administration official confirmed Tuesday.

The official said that any central bank assets that the Afghan government has in the U.S. will not be available to the Taliban, which remains on the Treasury Department’s sanctions designation list.

On Monday Ajmal Ahmady, acting head of Da Afghan Bank (DAB), the nation’s central bank, tweeted that he learned on Friday that shipments of dollars would stop as the U.S. tried to block any Taliban effort to gain access to the funds. DAB has $9.5 billion in assets, a sizeable portion of which is in accounts with the New York Federal Reserve and U.S.-based financial institutions.

U.S. sanctions on the Taliban mean that they cannot access any funds. The vast majority of DAB’s assets are not currently held in Afghanistan, according to two people familiar with the matter.

According to the Washington Post, the decision was made by Treasury Secretary Janet L. Yellen and officials in the Treasury Department’s Office of Foreign Assets Control, the people said.

The State Department was also said to be involved in discussions over the weekend, with officials in the White House monitoring the developments.

In a statement, an administration official noted that, “Any Central Bank assets the Afghan government have in the United States will not be made available to the Taliban.”

The officials spoke on the condition of anonymity to discuss government policy not yet made public.

The Afghanistan central bank held $9.4 billion in reserve assets as of April, according to the International Monetary Fund. That amounts to roughly one-third of the country’s annual economic output. The vast majority of those reserves are not currently held in Afghanistan, one of the people familiar with the matter said. Among those, billions of dollars are kept in the United States, although the precise amount is unclear.

Spokespeople for the White House and Treasury Department declined to comment on the process for blocking the funds or the fate of U.S. economic assistance to Afghanistan. A spokeswoman for the Federal Reserve Bank of New York, where much of the money is presumed to be held, also declined to comment.