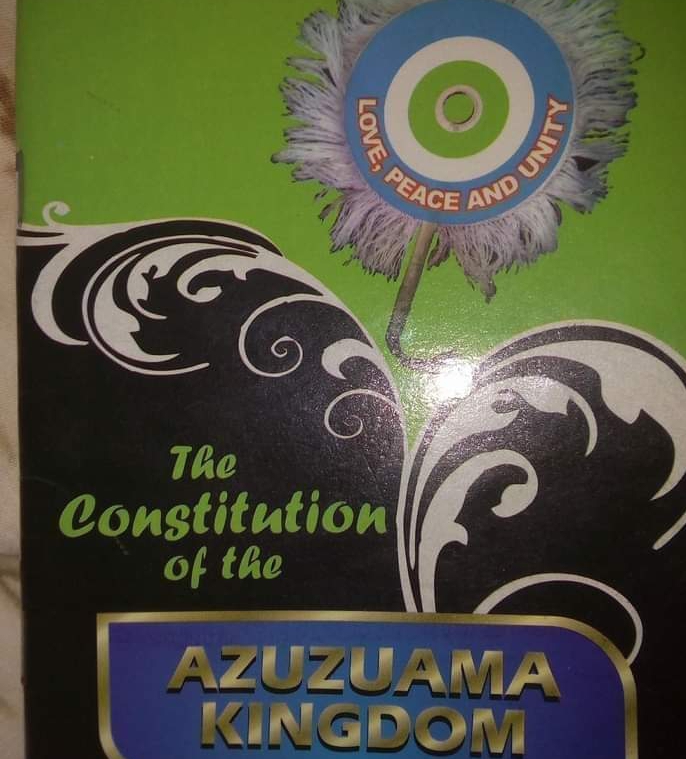 The leadership and the good people of Azuzuama Kingdom in Southern Ijaw LGA of Bayelsa State says, its attention has been drawn to a misleading news item in some Radio Stations in Yenagoa by one Comrade Douyi Tonworimi Duere, who described himself as Treasurer of the Central Zone of the Ijaw Youth Council (IYC), wherein, he congratulated one High Chief Selky Kile Torughedi, alias General Young-Shall-Grow, for emerging as Paramount Ruler of Azuzuama Community”.

For the avoidance of doubt, Azuzuama Kingdom has since inaugurated a five-man Electoral Committee known as “AZEC, headed by Pastor Isaac Ekeuwei as Chairman, and Chief Barrister Edwin Karibi as Secretary, with a mandate to conduct an election to enthrone a substantive Ibenanawei of the Kingdom inline with the relevant provisions of the Azuzuama Kingdom’s Constitution. And since, the body has made a significant progress in their assignment but yet to conclude the process.

In a statement released to the press, the Acting Ibedaowei of Azuzuama Kingdom, His Royal Highness, Chief Isedirikonghen Gbagbeghe Udoma, wondered where the said Treasurer of the IYC Central Zone, Comrade Douyi Tonworimi Duere, got his information that Young-Shall-Grow is now the Paramount Ruler of the Kingdom.

“To put the records straight, upon the announcement of the sales of forms for the election of the Ibenanawei Stool of Azuzuama by the AZEC on April, this year, the said Young-Shall-Grow and one Chief Jacob Sampson were the only persons that purchased the form to contest the office. But when AZEC fixed 26th June this year for the screening of the aspirants, only Chief Jacob Sampson availed himself for the exercise, and passed all the requirements stipulated by the Constitution, and is presently awaiting to be presented to the people of Azuzuama Kingdom as the sole candidate qualified for the position of Ibenanawei of the Kingdom.

The Acting Ibedaowei of the Kingdom therefore urged everyone to discountaenance the malicious information, as the leadership of Azuzuama shall formally communicate the outcome of the process to the general public as soon as AZEC is done with its constitutionally assigned duty.

He described the misleading report as not just trying to put the Kingdom in a bad light, but also aimed to course disaffection amongst the people. Noting that, the leadership would do everything possible to resist such act by any individual or group of persons in whatever disguise.

According to Chief Udoma, there was no time the People of Azuzuama made the said Young-Shall-Grow, or anyone the King of the Kingdom. Noting that, the “EYEWEI’S STOOL” which is the highest traditional stool of Azuzuama is still vacant owing to the death of its last occupier, Chief Noah Matthew.

However, just recently, due to unsavory developments at the Kingdom, the leadership of Azuzuama forwarded formal notification of self imposition by Selky Kile Torughedi, also known as Young-Shall-Grow, as Ibenanawei of Azuzuama Kingdom to the Bayelsa State Government, and all relevant security agencies.

The statement further call on members of the public to be abreast with these happenings, and should not have any dealings with Young-Shall-Grow on any matter concerning Azuzuama Kingdom.

Related Topics:We Have Nor Elected Any Paramount Ruler At Azuzuama Kingdom --Chief Udoma
Up Next

Ikoku Four: How I Was Tortured With Hammer, Machetes By Police Officers – Victim Opens Up