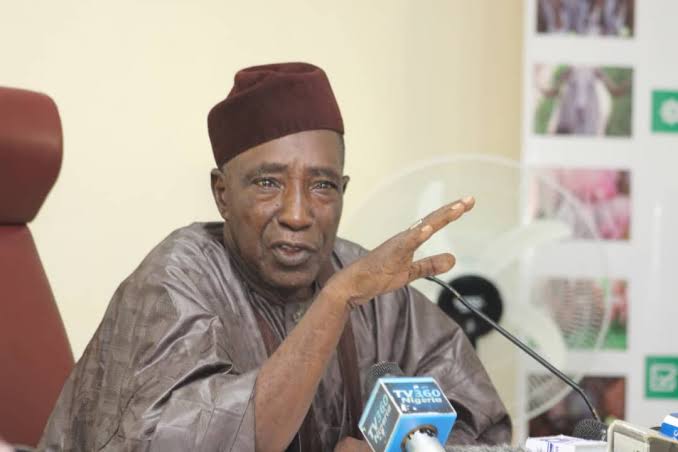 The Minister of Agriculture and Rural Development, Alhaji Sabo Nanono, has said even when the country may produce enough food most Nigerians will still sleep hungry because they do not have enough money to buy the food.

He identified unemployment as key challenge which inhibits people from earning money for food, rent or education.

Nanono, who disclosed this at this year’s Feed Nigeria Summit held in Abuja, however said the Federal Government was already focused on developing key sectors of the economy to reduce poverty in the land.

He said, “I recently met with some young Nigerians who are into processing and synergising agriculture with industry, and that is exactly what we need in this country.

“Unless we create that relationship and make it strong, poverty will persist.

“If we do not focus on how to remove this fundamental issue of an army of unemployed youths and move them to be gainfully employed, we are doing nothing, the relationship between the agricultural sector and the industrial sector is a must.”

While lamenting that Nigeria still imports a significant amount of food and was not earning as much foreign exchange as the country should from agriculture, the Minister said that it has become imperative to adopt innovation as a means of leading Nigeria towards food sufficiency.

Also speaking, the Minister of State for Agriculture and Rural Development, Mustapha Shehuri, stated that the average Nigerian, especially in the urban areas, pay little or no attention to food wastage even when many other citizens were hungry; adding that “If we devote so much to produce, we should pay more attention to avoid waste, because of its negative economic and environmental impact.“

Do You Agree?? Presidency Turning Nigeria To ‘Cow Republic’ – Ortom