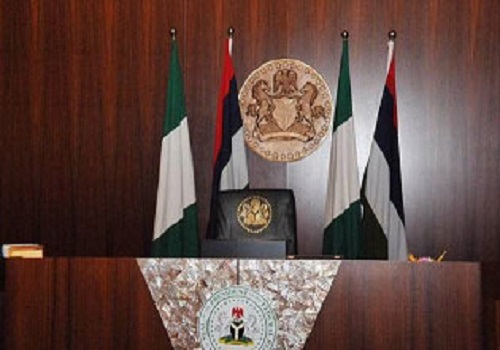 Turmoil in the opposition Peoples Democratic Party (PDP) and intricate scheming within the ruling All Progressives Congress (APC) should surprise no one. They are portents of the titanic battle ahead as political interests jockey to determine who succeeds President Muhammadu Buhari.

Central to rising tension is deciding how flagbearers would emerge. Some have suggested they be chosen on merit. But no system known to man has been able to devise a means for measuring suitability of individuals for high office. We are left with good old horse-trading and creative formulas like rotation or zoning.

As is to be expected the battle is fiercest in the PDP whose members are horrified by the prospect of another four years in the power wilderness.

Its aspirants are emboldened because, unlike in 2019, they wouldn’t be going against an incumbent – so they fancy their chances.

The ruling party’s record is a patchwork of hits and misses with regards to the economy and security. While APC might have done relatively well with rail, roads and bridges, its abysmal record on the larger economy and insecurity can be exploited by a competent opposition.

However, Nigerian politics is anything but straightforward. In spite of the gloom and doom, the traffic of defectors is largely headed towards the doors of the ruling party. Fleeing PDP members sense where the wind vane is pointing and are jumping ship early.

For those who have elected to remain, the calculations are clear. When they were last in power the president was from the South-south zone. So internal logic suggests they go north – even if that runs against fairness in the larger national context considering that Buhari – a Northerner – would have held office for eight uninterrupted years come 2023.

Some of the party’s stakeholders casually brush this aside, arguing that rotation or zoning isn’t written into the constitution. Never mind that it’s the very contrivance by which the political elite have shared power since the Second Republic.

For Atiku especially, it’s the last roll of the dice. If he doesn’t get the ticket and go on to become president, it would be an underwhelming end to a long political career which at some point promised great things.

Driving the desire to look North within PDP is received wisdom that the region, despite Buhari serving two terms, would gladly vote one of their own again in a North-South match-up. Even if that were the case, how would another Northern candidate resonate with the rest of Nigeria?

In 2007 and 2011 Buhari’s massive vote haul in his region didn’t deliver the presidency, until the APC platform gave him a base of significant support in a southern zone in 2015.

The phenomenon where one man’s appeal consistently delivers ten million votes per electoral cycle may not be repeated. We have seen that Atiku is not Buhari, neither do Saraki and Kwankwaso have the same grassroots pull as the president. After the last six years it’s unlikely that the three northern zones would line up lamb-like behind one individual again. But for PDP, the northern card seems like the only viable option.

For APC, things are more straightforward. The presidency will rotate south – most likely the Southwest whose alliance with Buhari’s Congress for Progressive Change (CPC) resulted in the historic 2015 victory.

The Southeast isn’t going to get the prize on the sentimental argument that it has never produced a president. The cold calculation would be how zoning the ticket there helps the ruling party retain power.

How strong are its structures in the east? Would the ticket motivate a region that’s been historically repulsed by the ruling political tendency to suddenly execute a U-turn?

Perhaps, this realisation is why there’s a dearth of interested aspirants from the zone. The same cannot be said for the Southwest where you can readily identify three leaders whose presidential ambitions are well known.

Handling the Southeast and South-South is potentially tricky for PDP. How does it explain not giving a chance to its long term allies in these strategic strongholds after a Northerner has held office for eight years? It’s the most difficult of conundrums.

Governors would be key in determining who gets what in either party. But they won’t do so as a bloc because of diverging interests. PDP governors in Port Harcourt in 2018 didn’t act as one in the contest between Atiku and Tambuwal. It would be the same with their ruling party colleagues when push comes to shove.

Intriguingly, the 2023 race could be reminiscent of the famous 1993 contest in terms of departure from conventional wisdom. Many would say the early frontrunner in APC is former Lagos State Governor Bola Tinubu. In 2015 he was a shoo-in for the vice presidency until virulent opposition to a Muslim-Muslim ticket with Buhari scuttled the proposition.

Already, some influential northern voices have suggested that they would back him if he runs with another Muslim. Would this fly when it didn’t six years ago? Possibly.

Twenty eight years ago, then Social Democratic Party (SDP) threw up a Southern Muslim flagbearer who had to run with a Northern Muslim out of strategic interest.

The pairing was anathema politically but it was the condition late General Shehu Musa Yar’Adua, leader of the Peoples Democratic Movement (PDM), gave as condition for backing Chief M. K. O. Abiola’s candidacy. The businessman was asked to go and sell the Muslim-Muslim ticket down South and he did a masterful job.

But by polling day on June 12, 1993, the ‘taboo’ pairing had become a non-issue – clearing the way for a sweeping SDP landslide across the country. Abiola achieved electoral breakthroughs in the three northern zones – even defeating Tofa on his home turf – because his party delivered for him.

While the APC and PDP may not presently have an overarching godfather in the mould of Yar’Adua or a dominant, well-oiled political machine like the PDM, watch out for the role of governors and local leaders of large delegate-rich states as the parties get down to making their choice.

Related Topics:2023: Making sense of the power calculus
Up Next