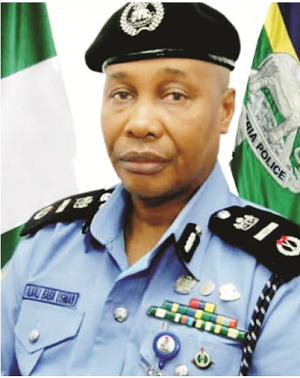 The Inspector General of Police Alkali Usman has forwarded the duplicate case file on the investigation of Olanrewaju Suraju, chairman, Human and Environmental Development Agenda (HEDA) Resource Centre to the Attorney-General of the Federation (AGF), Abubakar Malami for necessary action.

Suraju was investigated by the IG’s Monitoring Unit following a petition by former AGF Mohammed Adoke (SAN) on the circulation of an alleged forged email and voice recording purportedly linking him to the OPL 245 trial in Italy.

The activist had used HEDA’s social media platforms to release an email purportedly of Adoke and JP Morgan, the US investment bank, in June 2011 over OPL 245 transaction between Malabu Oil & Gas Ltd, Shell and Eni.

The former Minister was alleged to have communicated the investment bank through the address of a company owned by Aliyu Abubakar, who was also on trial in Italy.

The e-mail was intended to support the claim that there was corruption, alleging that Adoke and Abubakar “worked together” on the deal.

Adoke was also accused of having phone conversations with an Italian journalist in 2017 where he was alleged to have acknowledged that the OPL245 deal was a scam.

But in a petition through his lawyers to the IG in February, Adoke called for a thorough investigation to unravel the truth.

An earlier Certified True Copy (CTC) of the investigation report addressed to Adoke, accused Suraju of cyberstalking, injurious falsehood, criminal defamation, among other allegations which the HEDA boss dismissed as fake, insisting that the police were still conducting investigation. He also described the report as a calculated attempt to divert public attention.

But a letter to the AGF dated September 20 and signed by the Officer-in-Charge of IG Monitoring Unit, ACP Ibrahim Musa, maintained that there was a prima facie case against Suraju and gave details of the investigation procedure.

The letter, seen by our correspondent, revealed that from court documents obtained, the said email emanated from one Ismail Aliyu, who described himself as a representative of the Federal Ministry of Finance and was addressed to Bayo Osolake, an employee of the defendant (Abubakar) giving instruction for the transfer of funds.

“This is completely contradictory to what Suraju Olarenwaju has been claiming in some of his press statements.

“From the investigation conducted, it is evident that Olarewaju Suraju without verifying the authenticity of the purported telephone interview and email proceeded to use the social media handles @HedaAgenda on Twitter and @HedaResourceCentre on Facebook to disseminate same,” it said.

Rivers State MBA Investors On a Peaceful Protest Requesting For The Outcome Of 180 Days Investigation By CBN On MBA Trading And Capital Investment Ltd.