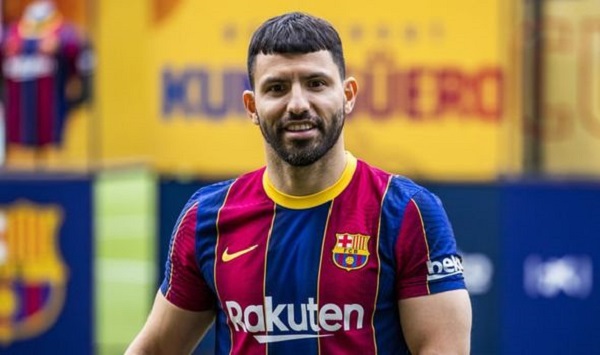 Sergio Aguero has said he never considered quitting Barcelona after Lionel Messi’s departure and insisted he would sign for the club again given the chance. Aguero, 33, joined Barca on a free transfer from Manchester City in June, signing an initial two-year deal at Camp Nou.

However, after Messi joined Paris Saint-Germain in August, reports in Spain suggested Aguero could follow his international teammate out the door.

“I would sign for Barca again [knowing the circumstances now], no doubt,” Aguero told the radio station RAC1 on Thursday.

“I don’t understand why [me leaving] was spoken about. When I signed, Leo, in reality, hadn’t signed anything still. At no moment was there an exit clause related to Leo, that was invented [by the media].”

Aguero and Messi are international teammates with Argentina and have been friends for over 15 years.

Related Topics:Aguero: No plans to quit Barcelona
Up Next