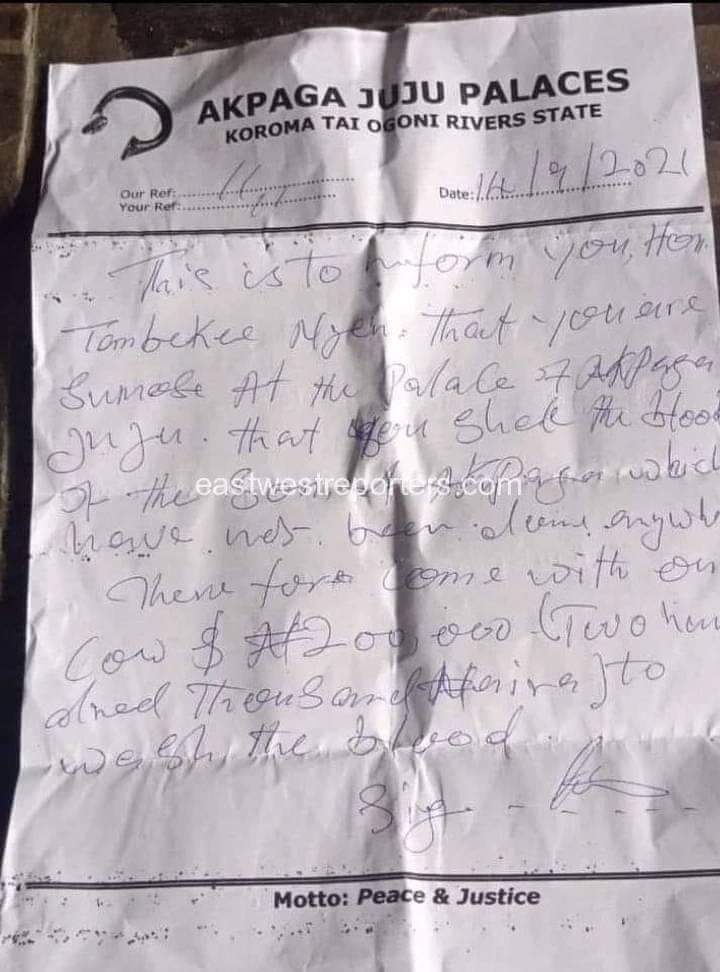 A Councilor in Tai Local Government Area of Rivers State, Tambeke Nyeh has been invited to a shrine in the area for allegedly shedding the blood of a son of Akpaga community.

The shrine in a letter sent to the Councillor, directed him to appear before it with a cow and two hundred thousand naira.

It said the items would be used to cleanse the land of the atrocity.

The Councillor, Hon Tambeke Nyeh is yet to react to the development. Efforts to reach him proved abortive, as his phone lines were switched off.