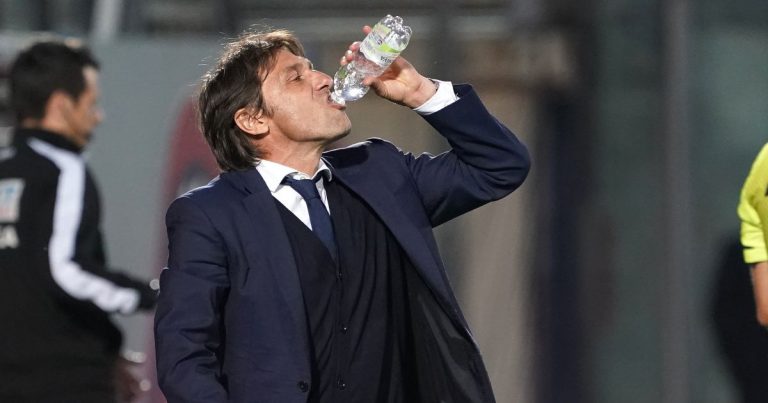 Arsenal ‘have contacted’ Antonio Conte over replacing Mikel Arteta, with the Spaniard under pressure at the Emirates.

The Gunners currently sit rock bottom of the Premier League having lost all three of their opening games of the season.

Arteta has been heavily criticised as his side have failed to find the net despite spending more money than any other European side this summer.

Conte has been linked with taking over the reins from Arteta and Italian journalist Tancredi Palmeri claims Arsenal ‘have contacted’ the former Chelsea boss to replace Arteta at the helm.

Conte is currently unemployed having left Inter Milan this summer.

He led the Nerazzurri to their first title in over a decade last term, but decided to leave the club as he was given no assurances that he would be able to improve his squad.

Arteta has now spent two years as manager of Arsenal and delivered the FA Cup in the 2019-20 season, but the last campaign resulted in their absence from European competition for the first time in 25 years.

Palmeri adds that despite the Gunners contact, Conte is not interested in the role as he wants to manage a side playing Champions League football.

And Fabrizio Romano dismissed claims that the north London side have a ‘pre-agreement’ in place with Conte.

He wrote on Twitter: ‘There’s absolutely no pre-agreement between Antonio Conte and Arsenal. Conte has no verbal/pre agreement with any club and he’s free. #AFC Federico Pastorello – agent close to Conte since years – confirms to @Freddie_Paxton: “Rumours about Arsenal pre-deal are not true”.’

Related Topics:Arsenal ‘have contacted’ Conte to replace Arteta
Up Next