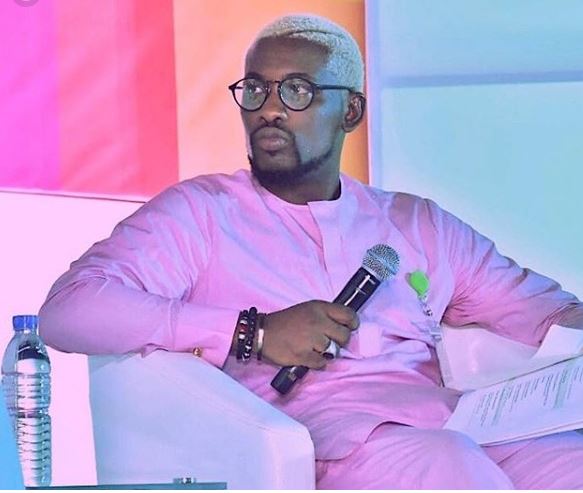 Popular Nigerian OAP, Dotun, has slammed BBNaija Shine Ya Eye housemate, Tega’s husband for making a post to reveal the state of their marriage and also the fact that he cheated on her in their matrimonial home.

“I said this b4 but some pple crucified me. The only reason why a Naija man would let his wife go for #BBNaija is either he lost his place & he wants to redeem himself, an open marriage, loves fame or doesn’t care. Whoever told him to write that piece doesn’t like him.. tor!” 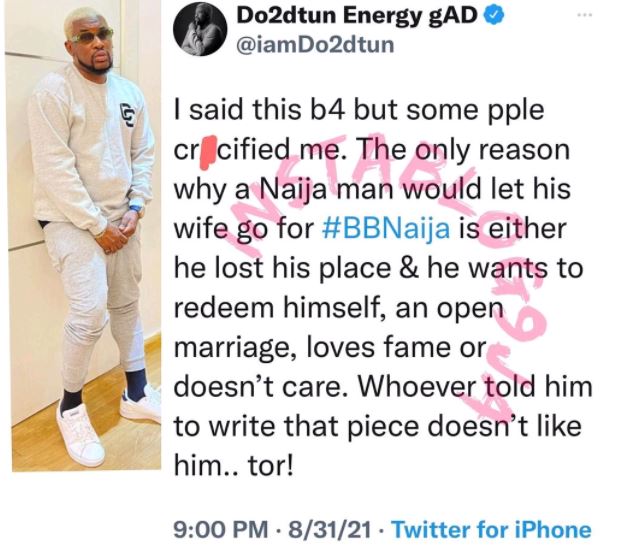 17 types of kisses and meanings