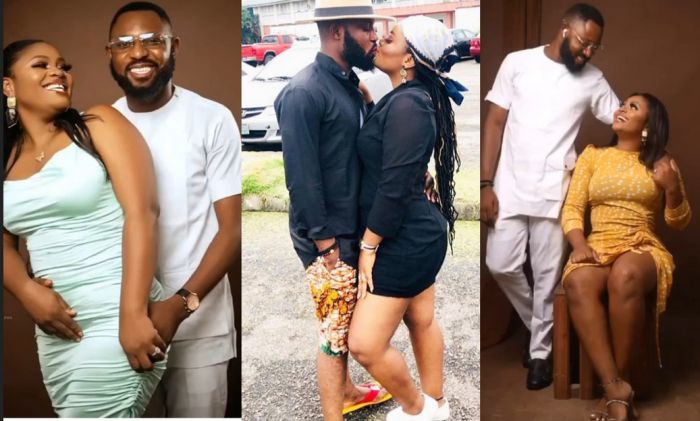 Husband of evicted housemate Tega has disclosed that he has not received a call from his wife ever since she was evicted from the reality show.

Tega, who was a housemate in the ongoing reality TV show, was evicted from the house on Sunday.

On getting to the podium, she claimed that she had missed her husband and of course, it’s expected for her to call her husband whom she missed.

Unfortunately, her husband in an interview with Tunde Ednut has disclosed that Tega hasn’t called him since she left the show.

According to him, he can’t step out of the house because he feels so sad and broken.

Here’s what he said;

“…No, she hasn’t called me and I haven’t called her. I feel broken. I feel that my ego has been tampered with. I feel so sad and terrible and I won’t lie. And I can’t even leave my house because a lot of stories have been told on the streets”.

Related Topics:#BBNAIJA: “Tega Hasn’t Called Me Since She Left The House”I Feel Broken – Tega’s Husband Claims
Up Next

Tonto Dikeh Speaks On Leaked Audio Of Conversation With Kpokpogri, Reveals What Will Be Happening Soon

NL LESSON!! What Did You Learn From Tega & Boma’s Eviction Last Night Despite Their “Enter-S€X-Ment” Strategy?