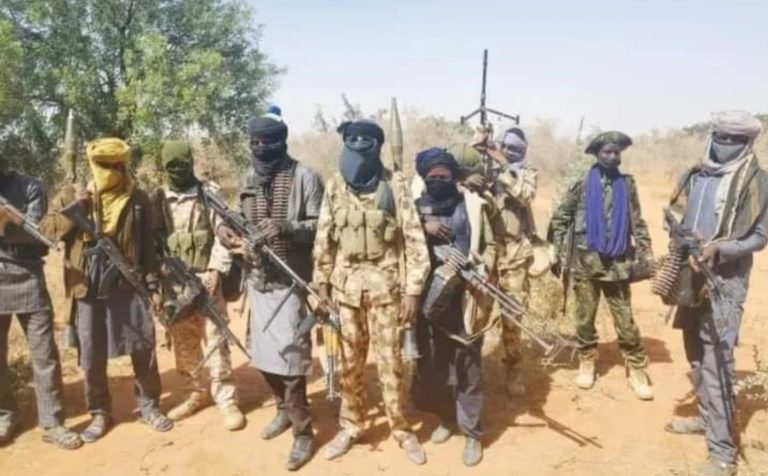 The bandits struck a forward operating base in Mutumji, Dansadau, about 80 kilometres south of the capital Gusau on Saturday morning, TrackNews Online learnt from military sources.

Armed bandits have overrun a Nigerian military base in Zamfara, Peoples Gazette has learnt, marking a major setback in the campaign to curb violent crimes across the state.

The bandits struck a forward operating base in Mutumji, Dansadau, about 80 kilometres south of the capital Gusau, at about 10:30 a.m. on Saturday, TrackNews Online learnt from military sources.

Officials immediately confirmed 12 fatalities, comprising nine Nigerian Air Force officers, two police officers and one Nigerian Army soldier. It was not immediately clear the level of fire that the soldiers returned to prevent the base from being sacked.

All slain personnel were evacuated to Yerima Bakura Specialist Hospital in Gusau and the three wounded have been receiving treatments at a brigade medical facility, officials said.

The attackers also seized weapons from the killed service members and set ablaze other equipment in the facility.

The number of security forces manning the base was not immediately clear. The base has served as a crucial point operation for logistics and reconnaissance efforts to rout out bandits operating between the eastern flank of Zamfara and western Katsina.

Last month, the criminals shut down a Nigerian Air Force jet, forcing the pilot to eject before the fighter went up in flames as it hit the forest.

Over the weekend, presidential spokesman Femi Adesina said the bandits were pleading for mercy after President Muhammadu Buhari ordered a large-scale military effort across the troubled North-West.

Telecom signals have already been shut down across Zamfara, with regulators saying the demand came from the military who wanted to barricade the bandits in a forest before eliminating them.

The Nigerian Army and the Nigerian Air Force did not return separate requests seeking comments about the development from The Gazette on Sunday night.

Related Topics:Bandits capture Nigerian military base in Zamfara; kill 12 officersseize weapons
Up Next