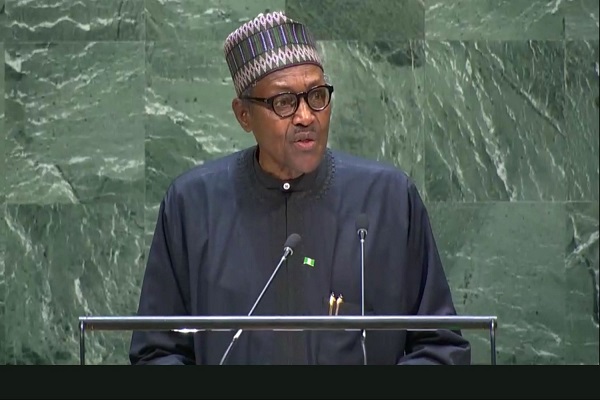 The Senate has urged President Muhammadu Buhari to declare bandits ravaging the North West and other parts of the country as terrorists.

The Upper Chamber also called on the President to declare known leaders of bandits in the country wanted and track them wherever they are for arrest and prosecution.

It also urged the President to direct the National Emergency Management Agency (NEMA) to urgently support all victims of banditry in Sokoto and other parts of the country.

These resolutions of the Senate followed its consideration of a motion titled: “Banditry in Sokoto State particularly Sokoto East Senatorial District” sponsored by Senator Ibrahim Gobir.

Related Topics:BREAKING: Senate asks Buhari to declare bandits as terrorists
Up Next