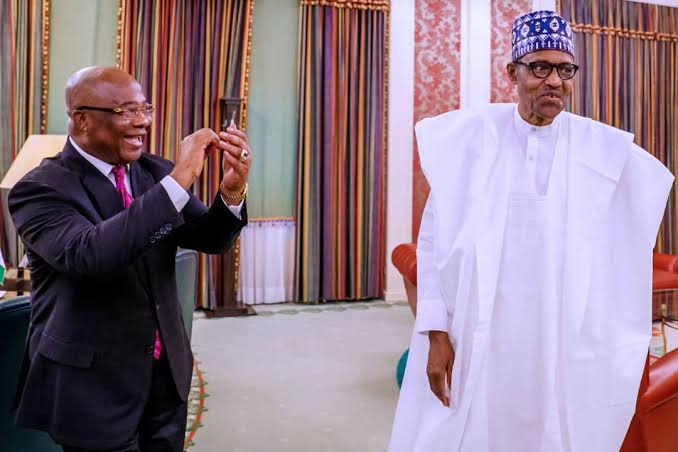 The governor made the disclosure at the Sam Mbakwe International Cargo Airport in Owerri on Saturday.

The Imo helsman disclosed that his Abuja trip was to “address some political matters and some critical issues”.

Uzodinma announced that the President would commission “significant projects” while in Imo.

“Imo has been able to attract additional support from Mr. President on the management of some ecological problems in the state,’’ he said.

On the Anambra election, Uzodinma predicted that the All Progressives Congress (APC) will emerge victorious.

The governor urged the people of the state and the South-East to align with the APC.

“Those who support the party at the centre will get both their rights and their privileges”, he added.

Related Topics:Buhari to visit Imo on Thursday – Uzodinma
Up Next

‘We Can’t Continue Like This’ – Northern Governors’ Wives Blow Hot