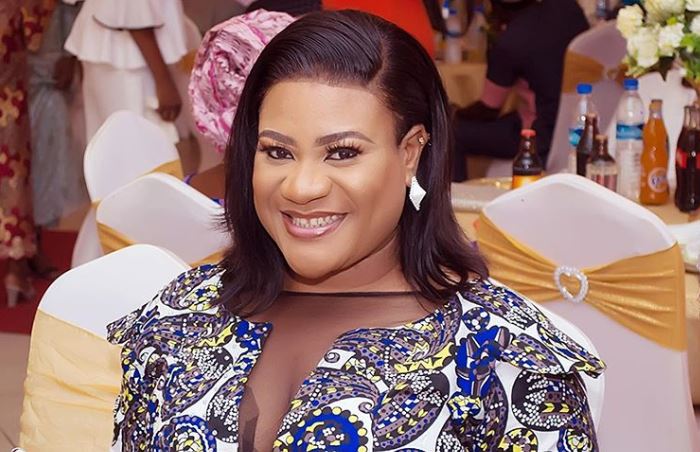 Nollywood Actress, Nkechi Blessing, has said that she will not leave her marriage because of cheating.

“A lot of ladies like to lie to themselves. The only thing I won’t tolerate in marriage is domestic violence I would rather leave immediately so that there won’t be repeated episodes,” she revealed in an interview with Punch.

“But, cheating is not enough to make me leave my marriage. I do not support cheating because no woman wants to share her husband but these are things that one cannot control. Men are polygamous in nature. If I see signs, I would have a heart-to-heart talk with him and also adjust my ways. I know humans cannot be satisfied but I have to keep doing my best. There are a lot of attractive females everywhere, so it takes the grace of God for a man to stay faithful to a woman.

“I prefer respect to love. If a man respects me, he won’t rub his infidelity on my face. People think that only men cheat but women also cheat. It is just that men’s sexual escapades are more common. However, I don’t think anything can make me cheat on my husband. I am content and satisfied with him.”

Sunday also warned that social media would escalate marital issues rather than solve them.

She added, “People think that coming to social media with their family issues would help. Sadly, it won’t help. It would only escalate the problem. It will also make one an object of ridicule in the eyes of the public. The funny thing is that after spilling the beans, the parties would now ask for privacy. Social media is not a family court; it is a platform for interaction, entertainment and advertisement. I might have goofed with my life on social media in the past but there’s always a time to retrace one’s steps.”

Related Topics:Cheating Will Not Make Me Leave Marriage – Nkechi Blessing
Up Next

I’ve never asked any girl in my life for her number. I’ve only had 2 girlfriends in my life – Saga

Lady Recieves N500,000 From A Man For Splashing Water On Her