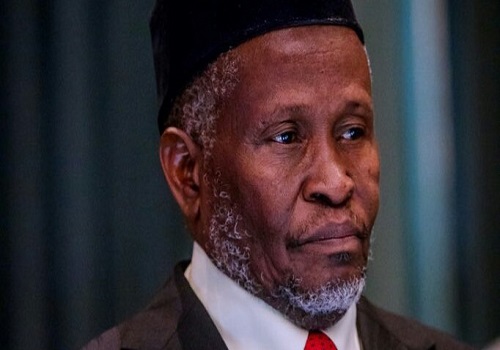 The Chief Justice of Nigeria (CJN), Justice Ibrahim Muhammad has directed the Judicial Service Committee (JSC) of the Federal Capital Territory (FCT) to probe the circumstances leading to a recent decision by a judge in Abuja

The judge of an Upper Area Court, whose name is being withheld, was said to have recently issued direct a criminal summons against the candidate of the All Progressives Grand Alliance (APGA) in the November governorship election in Anambra State, Professor, Chukwuma Soludo in relation to complaint by some individuals, accusing him of alleged abuse of office and breach of code of conduct for public officers while he served as the Governor of Central Bank of Nigeria between 29 May 2004 – 29 May 2009.

The Nation learnt that part of the CJN’s directive to the Chairman of the JSC of the FCT, the acting Chief Judge, Justice Hussein Baba-Yusuf was to ascertain why the Upper Area Court judge assumed jurisdiction over a case of alleged violation of code of conduct for public officers, which is the responsibility of the Code of Conduct Tribunal (CCT).

A senior official of the FCT JSC, who confirmed the directive by the CJN, said the committee was asked to immediately initiate disciplinary action against the Upper Area Court Judge, who issued the direct criminal summons against the former CBN Governor.

“We were told the Upper Area Court judge had, sometime on 23 August 2021 issued a direct criminal summons against Prof. Soludo over allegations of perjury, corruption and false assets declaration which is completely outside the jurisdiction of the Upper Area Court,” the official said.
By the CJN’s directive, the FCT JSC is expected to submit report on findings to the CJN within 21 days.

Justice Muhammed met on September 6 with the Chief Judges of the FCT, Rivers, Kebbi, Cross Rivers, Jigawa, Anambra and Imo states and directed some of them to admonish judges in their jurisdictions on the danger of granting ex-parte injunctions.

The CJN after meeting with the Chief Judges, referred three judges to the National Judicial Council (NJC) for investigation over their grant of conflicting ex-parte injunctions on political cases.

Related Topics:CJN directs FCT Judicial Service Committee to probe judge over order against Soludo
Up Next

Taliban: Women in Afghanistan can study at universities — but in separate classrooms