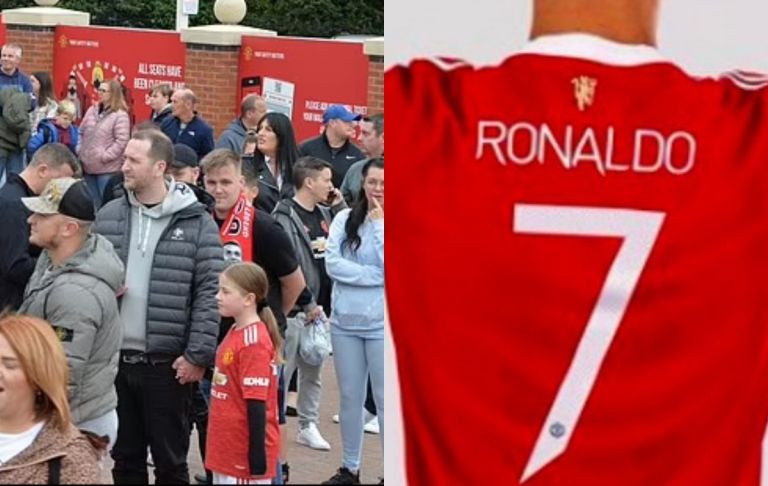 Manchester United broke the internet when they sealed the stunning transfer return of Cristiano Ronaldo this summer, and the Ronaldo-mania is just as real offline as it is online.

The Portugal international made the late move back to Old Trafford in dramatic fashion, having come close to joining their rivals Manchester City just a few days earlier, and it’s fair to say there’s plenty of excitement about this move.

According to the Daily Mail, Man Utd fans flocked in huge numbers to get their new ‘Ronaldo 7’ shirts after it was confirmed he’d be taking that legendary number again.

This has already seen Ronaldo break another record to add to his impressive collection, as it’s the best ever day of global sales for United Direct, whilst surpassing the highest ever single day for one piece of sports merchandise outside of North America.

Ronaldo is well known for his various stunning records on the pitch, and that’s now understandably earned him huge marketing potential off it.

All in all, this is sure to make the signing of the 36-year-old great business for United.

Related Topics:Cristiano Ronaldo has already broken a new record for Manchester United before even kicking a ball
Up Next

Scotland draft in McGinn after three withdrawals from squad