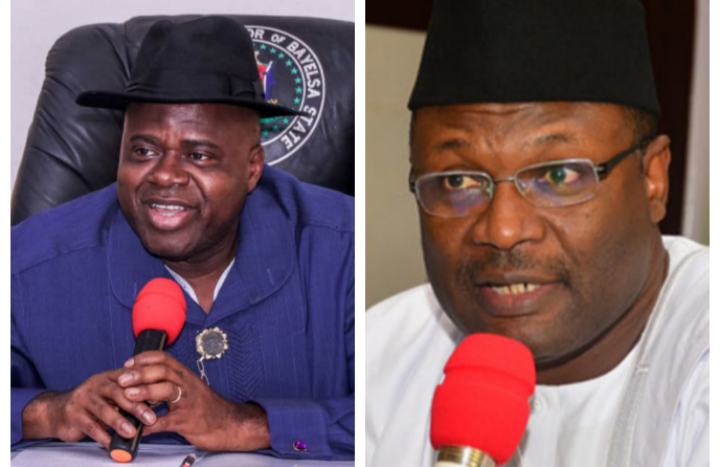 INEC introduced and tested the new voter accreditation device on Saturday in the Isoko South Constituency 1 bye-election into the Delta State House of Assembly.

Governor Diri in a statement on Sunday by his Chief Press Secretary, Daniel Alabrah, said the successful deployment of the device ensured the accreditation and voting process were fair and credible.

The Bayelsa governor expressed the optimism that deployment of the right technology alongside INEC’s sincerity portended good signals for future elections in the country.

He noted that once INEC got the accreditation process right with proper usage of technology to electronically transmit the results of elections, the outcome would reflect the true wishes of the electorate.

While urging the electoral umpire to ensure forthcoming elections in Anambra, Osun and the 2023 general election were free, fair and credible, the Bayelsa governor said INEC’s honesty would instill confidence in the electoral process.

“The successful introduction of the new voter accreditation system in Saturday’s bye-election in Delta State raises a lot of hope for future credible elections. INEC’s sincerity with the electoral process would instill more confidence and bring credibility to elections in the country. I therefore commend Prof. Yakubu and INEC for the bold steps to raise the bar of credible elections.

“I urge the electoral umpire to ensure forthcoming elections in Anambra, Osun as well as the 2023 general election benefit from the introduction of technology to clean up our electoral process and make our elections more credible.”

Governor Diri equally congratulated the candidate of the Peoples Democratic Party (PDP), Evivie Ovuokporie, who was declared winner of the bye-election by INEC.

He said once the process is right, a winner that reflected the wishes of the people would always emerge.

Diri also congratulated his Delta counterpart, Dr Ifeanyi Okowa, and the PDP family for the party’s victory at the poll.