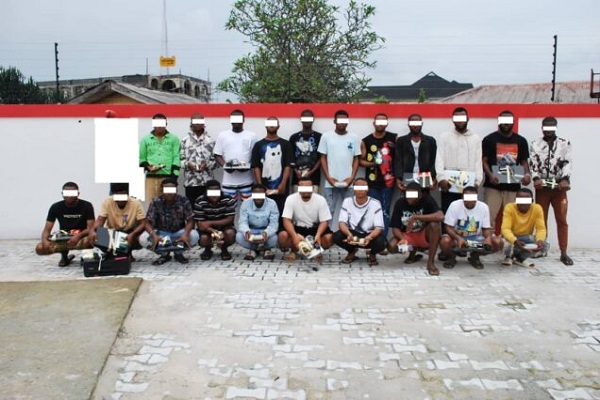 Operatives of the Economic and Financial Crimes Commission (EFCC) early on Thursday morning carried out sting operations in some locations in Umuahia, the Abia State capital, with a view to apprehending internet fraud suspects.

They came away with 21 suspects and a variety of cars, phones, laptops, watches, and subscriber identity module (SIM) cards, among other items reckoned to be properties acquired with proceeds of internet fraud.

The EFCC personnel came from the Port Harcourt zonal command.

They were arrested without any incident, based on diligent surveillance and verified intelligence on their suspicious internet-related criminal activities, the Commission said.

Related Topics:EFCC intercepts 21 suspected yahoo boys in Abia
Up Next