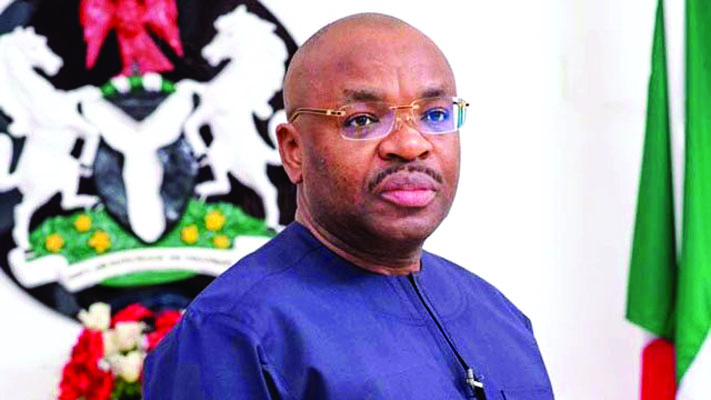 Although the Independent National Electoral Commission (INEC) is yet to blow the whistle for the commencement of campaigns, the political climate in Akwa Ibom is already abuzz with talks, schemings and preparations for the 2023 elections.

Expectedly, all eyes are on the governorship seat, which is the highest and the most coveted political office in the state. Already, many persons have through body languages and subtle moves, expressed their intentions to contest.

As at the last count, no fewer than 13 aspirants from both the ruling People’s Democratic Party (PDP) and the opposition All Progressives Congress (APC) have indicated interest to become governor.

Others are a former governorship candidate of the defunct Action Congress (AC), Mr. James Iniama and two commissioners in the Emmanuel administration, Mr. Akan Okon and Pastor Umo Eno. Abusiness magnet, Mr. Akan Udofia, is also in the race.

It is also rumoured that the National Secretary of the APC Caretaker Committee, Senator John James Akpanudoedehe will throw his hat once again into the ring in his many attempts to be governor of the state.

However, while they and their acolytes are grouping and regrouping to strategize on how to succeed Udom Emmanuel, one major factor above others will determine who will emerge the next governor and be sworn in as the number occupant of the Hilltop Mansion on May 29, 2023.

Pundits have surmised that the forthcoming governorship contest would be different in many ways from previous elections in the state as they are quick to draw attention to various utterances of the governor on his succession agenda.

It is obvious that Emmanuel’s successor will not be determined by the razmatazz of juicy campaign promises and rich manifestos which aspirants will bandy before Akwa Ibom voters to curry electoral patronage.

Apart from someone who would continue with his agenda of industrialisation, infrastructural development and food sufficiently among others, the governor himself at various times and fora has spelled out the criteria and qualities expected of his successor.

Emmanuel is indeed interested in having a successor that will sustain the peace he has enthroned in the state since he assumed office in 2015 and is looking up to God to help him choose a peace-loving governor for Akwa Ibom state in 2023.

The decision to make peace a major criterion for choosing his successor in anchored, according to him, on the inglorious era between 2007 and 2015 when terror and insecurity were the order of the day in the state

He said scores of people were kidnapped, killed and humiliated through those dark days and therefore would not want a re-enactment of that era in the state.

Emmanuel has not hidden his disdain for politians who are members of or have any affinity with secret cult groups and have said emphatically that no cultists will govern the state.

A group of clergymen, ‘Fathers of Faith, led by a former prelate of the Methodist Church of Nigeria, Rev. Sunday Mbang is on a serious campaign to sensitize Akwa Ibom electorate against voting for anybody related to cultism.

Already, there is a peace crusade sweeping across every nook and cranny of the state and it is been championed by a movement known as Maintain Peace Movement. Many see the MPM as a political machinery of Governor to pick his successor in 2023.

The chairman of the MPM is the national legal adviser of the PDP, Mr. Emmanuel Enoidem. Chapters of the movement have been inaugurated in almost all the local government areas of the state.

State Commissioner for information and strategy, Comrade Iniobong Ememobong explained that the governor is very passionate about maintaining peace in the state because without it the state cannot make progress and achieve it’s laudable goals.

“The Maintain Peace Movement is a crusade aimed at ensuring that the peace enthroned by His Excellency Governor Udom Emmanuel is sustained after he leaves office in 2023.

”The governor has achieved a lot in many areas especially in the areas of industrialization, infrastructure, maritime, aviation, agriculture just to mention a few. Of course you know he couldn’t have achieved this feats if there was no peace in the state.

“With what the governor has done so far in these sectors I have mentioned we hope that Akwa Ibom would be an investors Haven in the nearest futire. You can’t have investors and foreign investors trooping into the state if there is no conscious efforts to sustain peace.

“Governor Udom Emmanuel is a man of peace, a lover of God and justice. His ‘Only God’ mantra is very dear to him because he looks up to God always in all his endeavours. He has said repeatedly that only God will choose his successor and so be it”, Ememobong said.

One of the governornorship aspirants, Mr. James Iniama said Akwa Ibom enjoys maximum peace and tranquility under Governor Emmanuel such that businesses can thrive even as people go about their daily living and activities without fear of losing their lives and property as was the case between 2007 and 2015.

Iniama said: “The governor’s peaceful approach to governance has made Akwa Ibom a safe Haven for investors, visitors and people of the state.

“What does the Bible say about peace? We should seek peace and pursue it. Seeking peace is a deliberate and determined effort. It is painstaking so you do it committedly.

“We don’t only mouth peace but we have to make it our lifestyle to make Akwa Ibom that safe haven everybody wants to come to; whether for tourism, industrial development, business and what have you. If we are thinking development, we must all rise and support the Maintain Please Movement initiative of Governor Udom Emmanuel.

“We lost it all from 2007, people left the state, investors fled, many people started living in other parts of the country and the world at large, it is during this administration that many indegens of the state are returning. I left for a long time. We did not have peace, lives were not secured.

“I am not just a supporter; I am an apostle of the MPM because it is a necessary agenda. It should be preached, it should be thought, so that people would live together in peace”, he stated.

Related Topics:Emmanuel: Battling with succession crisis
Up Next