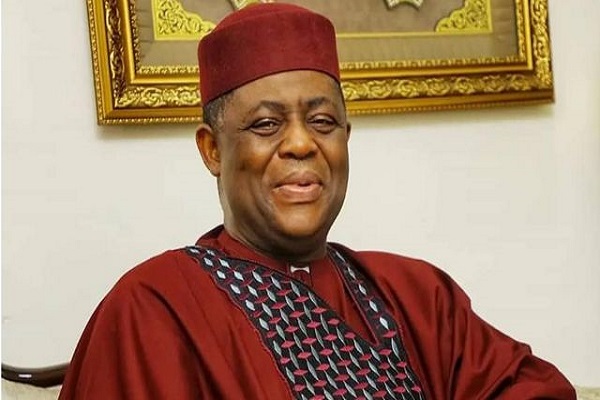 SIR: As public confidence has ebbed and flowed as part of the crises of confidence running through the country, Nigerians have grown weary of witnessing all manner of politicians and their noisome politics.

Nigerians remember Femi Fani-Kayode as the aviation minister under the corruption-laden administration of Chief Olusegun Obasanjo who was in power from 1999 – 2007. In 2015, when former President Goodluck Jonathan sought an extension of his suffocatingly corrupt administration over long suffering Nigerians, Femi Fani- Kayode was the one tasked with projecting the illusory achievements of the Peoples Democratic Party.

Throwing caution to the wind, he took to television stations and newspaper pages armed with an endless litany of lies about the administration. He was also not shy about throwing in a couple of unprintable names about Jonathan‘s political adversaries for good measure. But Nigerians were to see through such shameless sophistry and in the general election of 2015, Femi Fani-Kayode, his principal and his party were to suffer a historic humiliation.

Seeing how swiftly the tables were turned against him, Fani-Kayode was to pretend to stand with the masses. Taking to opposition politics, he had some of the harshest words President Buhari and the All Progressive Congress have heard in the last six years.

It was thus a shock to Nigerians when he jumped the ship of the Peoples Democratic Party to put up tent with a ruling All Progressive Congress which he had previously described as irredeemably bad. The criticisms of his decision have been swift and cutting and true to himself, Femi Fani – Kayode has remained rather pugnacious.

However, one thing is as clear as day in Femi Fani -Kayode‘s action. He is not just afflicted with heinous hypocrisy; many Nigerian politicians suffer from it. Nigerians should be alarmed because it explains why things are irredeemably and irreparably bad in

Nigeria‘s supreme law, the 1999 Constitution, expressly forbids cross-carpeting and puts in place sanctions to discourage it. This express injunction to abstain is perhaps a salubrious attempt by the constitution to enshrine a bit of healthy ideology which is critical to the health of the country‘s politics. But Nigerian politicians give objections to cross-carpeting very short shrift. The combination of their disdain for every constitutional provision forbidding cross-carpeting and the reluctance of the country‘s judiciary to enforce the law has left Nigerians with a nightmarish situation of hypocrites, charlatans and sycophants calling the shots in public offices.

As a result, Nigerian politics has grown dirtier by the day consequently pushing the country into the depths of misery. For Nigerian politicians, survival and relevance is the name of the game. Whatever is said, whatever is done is mostly an exhibition in shameful self-service. The interests of Nigeria come a distant second and the results of this poor placement on the priority ladder of most politicians is lived every day in a riotous reality.

Taps run dry for an interminable length of time causing water pipes to rust. Public schools, once citadels of academic excellence and government accountability and responsibility, have become a shadow of themselves. The security architecture disintegrates bit by bit while corruption and its foot soldiers trample on the sensibilities of Nigerians. The cost of the occupation of the public space by politicians who switch colours more than chameleons is unquantifiable.

Femi Fani-Kayode is only but an example of what Nigeria‘s permissive polity and pliable politics has bred. There are many more like him, men who lack integrity and any valuable ideology but put themselves into the faces of Nigerians because the political order here is chaotic.

As 2023 approaches, Nigerians must prepare for more shocks. In retaliation, Nigerians must dust up their voter cards and prepare to pay back those who speak with the voice of Jacob but bear the hands of Esau.

Related Topics:FFK: Flippancy of hypocrisy
Up Next

ECHOES FROM THE CREEK: THE DEFICIT OF NATIONAL COHESION