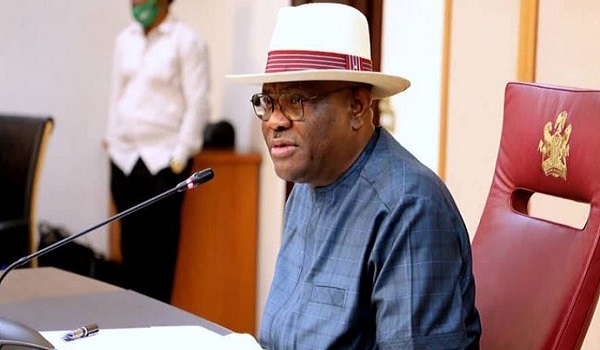 Rivers Governor, Nyesom Wike has blamed the delay in completing the N120bn Bonny-Bodo road on the failure of the Federal Government to pay its N60bn counterpart funding for the project.

The Governor, who spoke in Port Harcourt at the weekend during the send-off ceremony of a former NLG Managing Director, Tony Attah, said every fund spent so far on the project came from the NLNG.

The Governor, who was accompanied by his Edo counterpart Godwin Obaseki, said there was no justification for the delay since the N60bn counterpart fund for the 38km road project would be paid from the Federation Account.

The Governor said if the Federal Government was committed to the even development of all parts of the country, it would have provided its counterpart funding for the speedy completion of the road.

“If this country is a country that all of us belong to and all of us mean well for ourselves, that is one project that ought to have been completed by now, because of the economic interest that will benefit all of us”, he said.

The Governor eulogised Attah for the relationship the NLNG under his watch maintained with the government and people of Rivers.

The Governor said Attah would be remembered for overseeing the commencement and completion of NLNG corporate headquarters building in Port Harcourt and for ensuring that all fabrication for the company’s $10bn Train 7 project was done in Rivers.

According to him, 7.5 per cent Value Added Tax from the NLNG Train 7 project, would be used to transform the State.

The Gvernor said it was also possible for all those working for the International Oil Companies (IOCs) to cultivate better relationships with state governments in the Niger Delta.

Wike said that by ensuring the speedy completion of the NLNG headquarters in Port Harcourt, Attah proved that the claim of insecurity in the Niger Delta by IOCs was indefensible.

List of States Buhari has paid ‘working visit’ since 2015