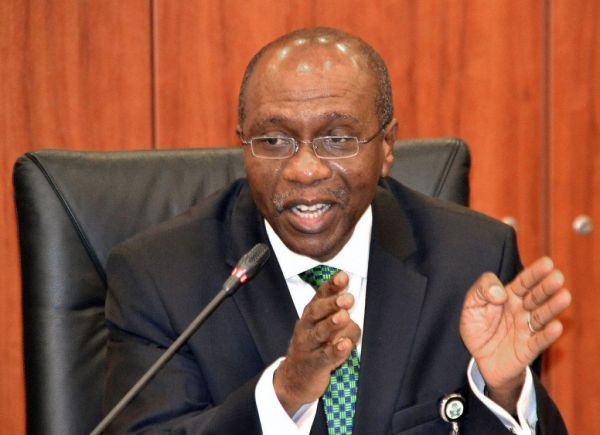 The Central Bank of Nigeria (CBN) has resisted calls for the resignation of its Governor Godwin Emefiele over issues relating to the exchange rate of the naira.

CBN spokesman Mr. Osita Nwanisobi dismissed calls from certain quarters for the resignation of the CBN Governor in Abuja on Monday evening.

Nwanisobi alleged that “those behind such calls were only pursuing their selfish agenda fueled by those who had long benefitted from rent-seeking practices in the parallel forex market”.

Just like the CBN Governor, Nwanisobi refused to recognise the parallel forex market as a significant segment of the forex market.

According to him: “The CBN would not be distracted in its mandate by yielding to the selfish tendencies of a few to the detriment of the majority”.

He therefore “urged the banking public to disregard claims aimed at impugning the reputation of the CBN”.

He insisted that the CBN remains committed to carrying out its mandate for the good of the Nigerian people.

Nwanisobi also assured that “the CBN remains committed to meeting the foreign exchange request of travelers with legitimate needs as they relate to travel allowances, payment of tuition and medical fees among other invisibles”.

Nwanisobi reiterated that “no customer requiring foreign exchange for genuine transactions would be turned back by their banks”.

He advised the banking public ‘to insist on their rights to be attended to as long as they possess all the requisite documents to validate their request”.

The spokesman said: “The CBN would not hesitate to approve foreign exchange for customers with legitimate demands that exceed transaction limit insofar as the application is supported with specified requirements”.

Nwanisobi restated the apex bank’s decision “not to revisit the issue of allocation of foreign exchange to the operators of Bureaux de Change (BDC), arguing that “such a practice was not sustainable in the long run, considering that many of the BDCs had since deviated from the purpose for which they were issued licenses in the first instance’.

He insisted that “the rate in the CBN-unrecognized parallel market was not the reference rate of the Naira, so Nigerians should be wary of the activities of speculators who sought to manipulate the market for unpatriotic reasons”.

Related Topics:Forex controversy: Emefiele will not resignSays CBN
Up Next

We will keep pushing harder against insurgents, says Theatre Commander