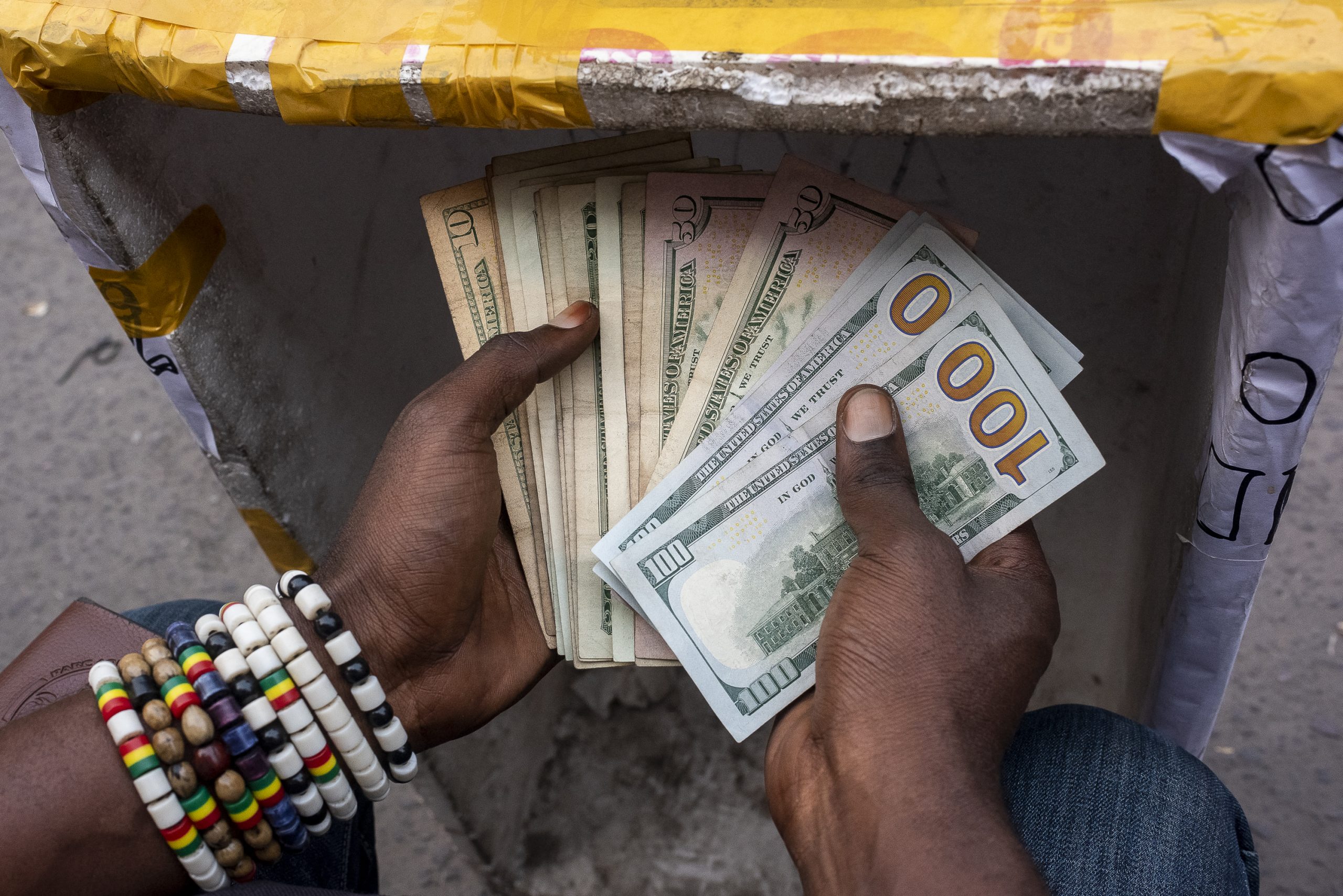 • Hoarding intensifies while BDC operators run out of supply
• Banks may resort to rent-seeking
• No customer with genuine need has been turned back, CBN insists
• ‘Proposed e-naira will stabilise financial system’

The new foreign exchange (FX) sale template faces a major test, as naira took a major plunge in the last 72 hours. The weeklong crisis at the parallel market worsened, yesterday when the local currency plummeted to N543/$.


The crisis has spilled over to digital trading and other online platforms with the currency also losing its reasonable value to its peers.

At press time last night, naira and dollar were exchanging at 573:1 while peer-to-peer trading was pegged at N549/$.

The fall of the naira has sent shockwaves through the market and worsened anti-market tendencies, with hoarders and speculators having a field day.


President of the Association of Bureau de Change of Nigeria (ABCON), Dr. Aminu Gwadabe, attributed the fresh crisis to an accessibility challenge, adding that the majority of his colleagues have been thrown out of business as they run out of liquidity.

Gwadabe also confirmed that speculators have taken over the market, cashing in on the absence of a “control mechanism in the open market.”

He disclosed that the association was still in talks with the Central Bank of Nigeria (CBN) on the possibility of backing down on its earlier stoppage of the weekly sale of FX to registered traders.

The Guardian, however, learned that some individuals with genuine needs are still being turned back by banks, a situation that has pushed many end-users to the black market.

On why everybody with genuine need cannot access FX from the banks, a source in the banks said the exercise was “still at an experimentation phase” and that the problem would ease out gradually as the system improves.

However, another source at a second-generation bank said there is more than enough FX for those with genuine needs. He disclosed that his bank rarely exhausts 70 per cent of their weekly allocations and that “everybody that meets the set criteria have access to dollars.”

But an investment expert, David Adonri, alleged that the banks may have resorted to rent-seeking as the market arbitrage widens. “The banks are not Father Christmas. Anybody who says the banks attend to everybody who has a genuine need is lying. What they have done is put up all manner of conditions that push people to the black market, which the banks are exploring for maximum returns,” he said.

Adonri also suggested that most importers are too busy for the rigorous process banks subject FX applicants to, hence the majority visit the alternative market to source for FX.

Dr. Chiwuike Uba, an economist, and a financial expert said the BDCs, though served as conduits for the illicit flow of money, are not worse than commercial banks.

“It takes a minimum of two to three hours besides documentation requirements to access forex in banks. That is a waste of time. I do not see our banks doing a better job than the BDCs. The reason is that the regulator is either compromised or handicapped to the extent that it is unable to enforce rules.

“BDC owners conduct their businesses with impunity and commit numerous violations. For instance, most BDCs sell more than the approved threshold to unapproved buyers and use fake documents to render periodic returns to CBN. Several licenses were obtained by proxy by a single individual,” Uba admitted but insisted that if the apex bank could not check them, it would be helpless in the case of the banks.


The Central Bank did threaten to sanction any bank involved in racketeering and advised Nigerians to forward their complaints via the bank’s toll-free line (07002255226) or send an email to cpd@cbn.gov.ng.

But The Guardian has learned that the banks have perfected schemes to circumvent the rules and rip off applicants through brokering. For instance, findings have suggested that some bank officials work closely with currency traders to whom they refer applicants they claim to have fallen short of the criteria.

“Some work with agents who file fictitious documents to claim dollars, which eventually end up at the black market,” a source said.


The Bankers’ Committee, at a recent meeting, warned that it would not hesitate to hand over individuals involved in fake documentation. It also insisted that banks who flouted the rules would also face sanctions.

In a message exchange yesterday, the Director of the Corporate Communications Department of the apex bank, Osita Nwanisobi, said there is sufficient liquidity to meet all genuine demands for invisibles. He insisted that no bank has turned back any customers with the required documentation.

“However, if there are specific cases of banks that have denied customers with the required documentation, kindly let us know to take appropriate action. You may wish to also know that we conduct mystery shopping to detect any irregularities,” he explained.

While the currency crisis continues, Deputy Governor of the CBN, Operations Directorate, Folashodun Shonubi, yesterday, said there was enough possibility in the proposed e-naira in increasing remittances and stabilising the system. He added that the apex bank would proceed with the project without recourse to an amendment of its enabling law.

Shonubi, who was represented by the Director of Payment Systems, Musa Jimoh, said the current CBN Act has empowered the regulator to issue the country’s currency in whatever format. He was responding to questions on the legal framework around digital money.

President/Chairman of Council of the Chartered Institute of Bankers of Nigeria (CIBN), Dr. Bayo Olugbemi, said the planned e-naira would revolutionise the industry and help the banks to retain the market share in the face of threatening electronic money.

Here’s What the New VAT Law Means For Lagosians