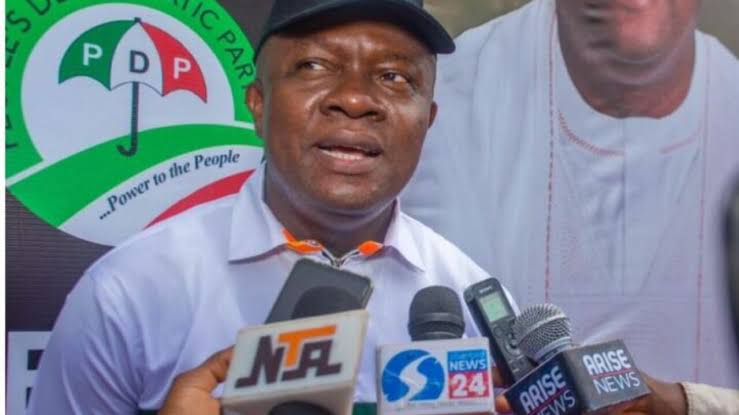 AWKA – Candidate of the Peoples Democratic Party (PDP) for the November 6 governorship election in Anambra state, Mr. Valentine Chineto Ozigbo has vowed that he will not be alive to lose the forthcoming gubernatorial election in the state as he believes very strongly that the said election is a must win for the PDP.

Ozigbo who made this affirmative statement during a thank-you session held at Sen. Uche Ekwunife event centre Awka at the weekend, maintained that he would deploy all instruments necessary to ensure that the Peoples Democratic Party clinched governmental powers come November 6 this year.

Although he appealed passionately to those who may still be nursing grievances and also sought their forgiveness and cooperation but equally stressed the dire need for the PDP to go to the election as one big united family.

He said the occasion which had Sen. Ben Ndi Obi, Sen. Uche Lilian Ekwunife, the state party chairman Hon. Ndubuisi Nwobu, national and state assembly members as well as a host of other PDP heavyweights in attendance, was to express profound gratitude and appreciation to all the party faithful for standing by him through the periods of the court processes.

Ozigbo said their prayers and supplications to God made it possible for the court of appeal to reinstate him as the one and only candidate of the Peoples Democratic party for the November 6 governorship election.

He however charged party members to go to the grassroots with the message that PDP is better positioned to win the governorship polls and that most consequential is that he is fully prepared for the election.

Ozigbo said, “I will apply everything that I have to win this election. I am totally committed to it and that commitment stems from the fact that we have the best manifesto.”

“I want to assure you that whatever we need to do to win this election must be done because this election means a lot to Nigerians and Anambra people.”

Related Topics:I Won’t Be Alive To Lose Anambra Governorship ElectionOzigbo Vows
Up Next