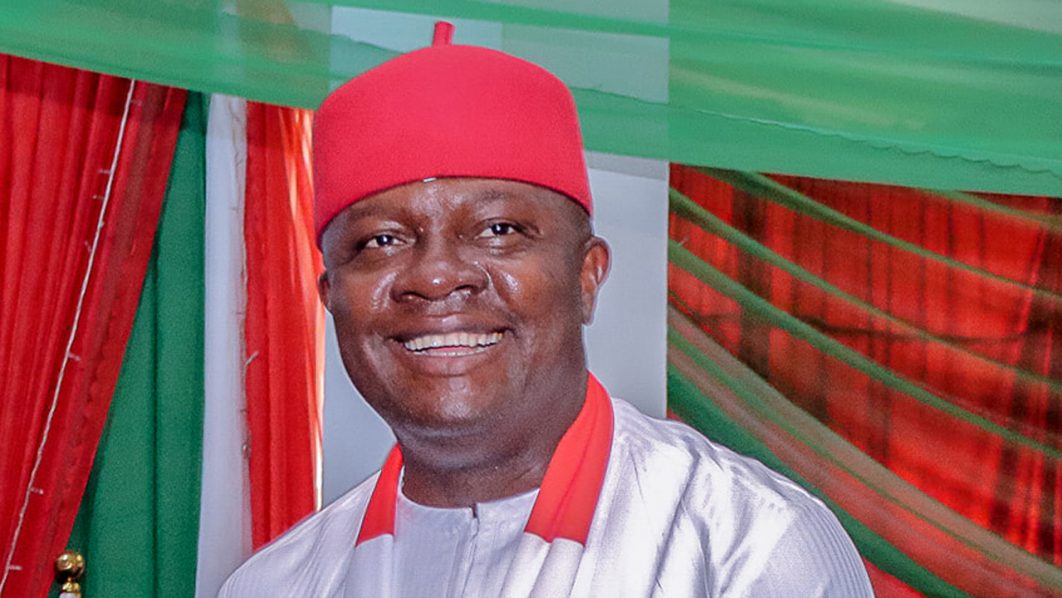 In a statement, yesterday, INEC’s National Commissioner and Chairman of the Information and Voter Education Committee, Festus Okoye, said the commission decided to recognise Ozigbo based on the latest Appeal Court judgment by the Justice Monica Gbonghan-Mensem-led three-man panel that declared him as the candidate of the party and ordered INEC to publish the names of Ozigbo and his running mate, Mrs. Azuka Enemo, as the governorship and deputy governorship candidates of the PDP.

Okoye added that the commission had also listed Enemo as the party’s deputy governorship candidate.

The publication of Ozigbo’s name came on the heels of the inauguration of the 179-member PDP National Campaign Council for the gubernatorial election at the national headquarters of the party in Abuja, yesterday.

The inauguration, which was attended by party stalwarts, had in attendance 11 PDP governors.

The national leadership of the PDP said it inaugurated the party’s campaign council in a bid to deliver the party’s candidate in the election, Ozigbo.

Chairman of the Board of Trustees (BOT) of PDP, Wali Jubril, sued for peace and unity among party leaders and members.

Reacting to Ozigbo’s victory, the Publicity Secretary of PDP in the state, Nnamdi Nwangwu, chided Senator Ugochukwu Uba for wanting to reap where he did not sow. Nwangwu, in a press statement, a copy of which was made available to The Guardian, yesterday, said that Ozigbo’s victory was a collective victory for every true member of the party in the state and beyond.

IN another development, some founding members of the APC in Enugu State have dragged former Senate President, Ken Nnamani, to Mai Mala Buni, the party’s chairman of the National Caretaker Committee.

In a petition to Buni by the party members, the party chieftains accused Nnamani of polarising the party.

They alleged in the petition that Nnamani’s entry into the party had turned into a curse.
ALSO, the legal tussle on the national leadership of the All Progressive Grand Alliance (APGA), yesterday, took a new twist with the Court of Appeal in Abuja imposing an N10 million fine on two chieftains of the party for engaging in abuse of court in the matter.

The fine was imposed on the two chieftains, Chiefs Edozie Njoku and Chinedu Benedict Okoro, as punishment for bringing what the court considered as frivolous and incompetent appeal before it.

The two chieftains had in their joint appeal asked the court to resolve the dispute on APGA national leadership in which a judgment had earlier been delivered by Kano Division of the court.

Related Topics:INEC recognises Ozigbo as PDP candidate for Anambra guber poll
Up Next

We are strategising on party’s unity, zoning ahead of 2023: PDP Governors