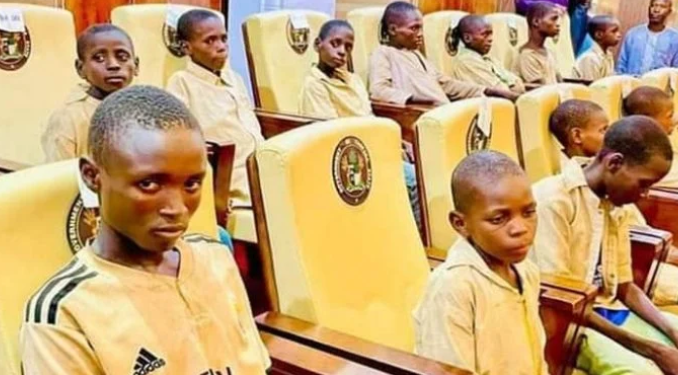 The pupils were abducted by the terrorists during an invasion of their school on September 1, 2021.

Recall that the state police command had claimed that the bandit terrorists abducted more than seventy students during an attack on the school.

The spokesman of the command, Mohammed Shehu, in a statement released, had said armed bandits invaded the school premises and abducted students.

He said, “The abduction followed the invasion of the school by large numbers of armed bandits.”

Shehu further stated that the state command is working with the military to secure the release of the pupils.

The bandit terrorists had earlier returned five of the students within 24 hours of the attack.

A former councillor of Kaya ward, Yahaya Kaya, while speaking on the incident noted that the bandits abducted his younger brother’s daughter.

The recent abduction had made the state government order the closure of boarding facilities in 30 schools.

Meanwhile, it has not been stated if the state government paid ransom to secure the release of the students.

Related Topics:JUST IN: Bandit Terrorists Release 75 School Students In Zamfara
Up Next