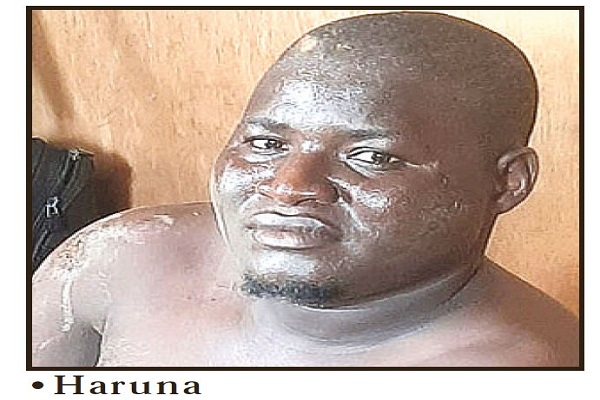 Suspect: I was trying to protect her

A man yesterday squeezed his three-year-old daughter to death in the Igando area of Lagos.

Adamu Haruna, believed to me mentally unstable, however, told The Nation that he was trying to protect her from attack.

The incident, it was learnt, occurred in the early hours of yesterday.

Haruna was said to have suddenly woken up, told his wife he wanted to go to the toilet and requested her to accompany him.

His wife was reported to have told him to go alone.

A neighbour said his wife told him that when her husband returned, he told her to go and have her bath in the bathroom but the woman refused.

“He started beating her, insisting that she obey him. When the woman got to the bathroom, she discovered that her husband had emptied a disinfectant into the her bath water. She returned to the room and told her husband that she could not have her bath with such water and he continued beating her. She fled the apartment, leaving the sleeping three-year-old girl behind.

“The man came out with the child and held her to his chest as if he wanted to prevent her from an attack. In the process, he squeezed her to death,” the neighbour said.

Some residents said the man was involved in rituals.

Speaking with The Nation, Haruna blamed someone else for the child’s death.

He has been arrested and taken to the police station in Igando.

Related Topics:Man squeezes three-year-old daughter to death
Up Next