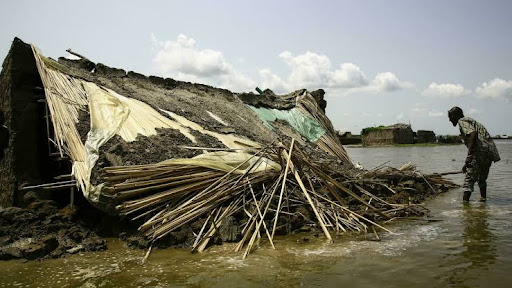 South Sudanese refugee Dawood Kour fled to Sudan to turn the page on a life of displacement, only to be forced onto the streets once more after floodwaters submerged his rickety shelter.Kour crossed the border in November, fleeing years of conflict in his home city of Malakal — itself prone to flooding.

South Sudan became the world’s newest independent nation in 2011, seceding from Sudan. But in late 2013, it plunged into a devastating, five-year civil war that it has yet to fully recover from. Over 288,000 residents and refugees have been affected in Sudan where heavy rains and flash floods have hit 13 of the 18 states, according to the United Nations.

Humanitarian needs have swelled, and been exacerbated by the disaster in neighboring South Sudan too, where the deluge has affected and displaced about 426,000 people, the UN said. In Sudan, thousands of refugees were relocated to different camps, while others took shelter in villages that were spared, but many are now living on the streets.

Related Topics:000 affected by Sudan floods – UNMore than 288
Up Next