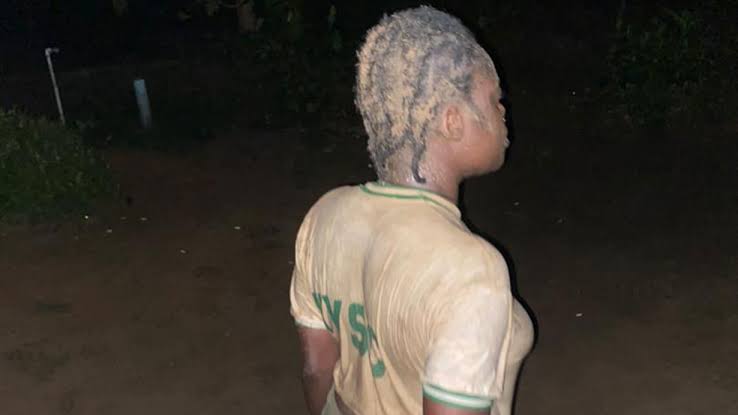 There were indications yesterday that authorities of the National Youth Service Corps (NYSC) in Cross River State have forced a corps member, Ezeiruaku Ifeyinwa Fidelis, who was allegedly assaulted by a female Army officer of 13 Brigade Command Calabar, Lt. Chika Viola Anele, over an argument, to leave the state.

It was learnt that Miss Fidelis has been allowed to go to her lodge and a flight has been booked for her to leave Calabar for Lagos today. 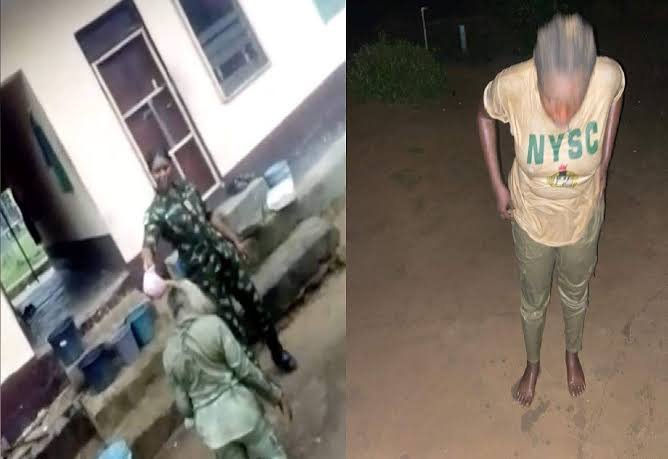 This followed arrest of Lt. Anele by the Military Police after a report that she had allegedly bathed a youth corps member, with a liquid substance over an argument.

The assault was seen in a viral video where she (Corp Member, Ezeiruaku) in her full NYSC attire, was on her knees and the female military officer ( Ezeiruaku) was pouring and splashing the substance suspected to be mood water on her body.

Sources in the military revealed that Ezeiruaku is attached to the command as her primary Place of assignment. Contacted to react to the video, the 13th brigade spokesperson, Tope Aluko, simply said “please I’m in a meeting, I will call you back.” 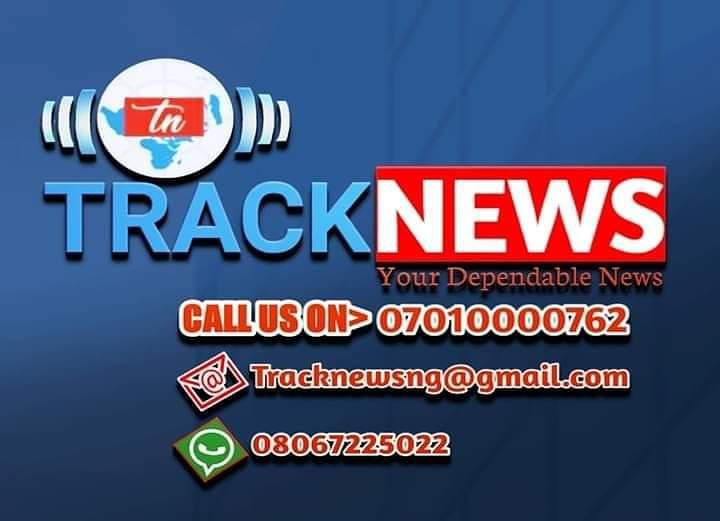 As at the time of filing this report, she did not call back as she promised. But a reliable staff member of the state NYSC, who spoke in confidence, confirmed the incident, noting that NYSC State Coordinator, Zemoh Andrew, had been on the matter with leadership of the 13th brigade.

But the NYSC state coordinator did not respond to calls and text messages. Sources in the Brigade said the command’s leadership is trying to cover the issue. 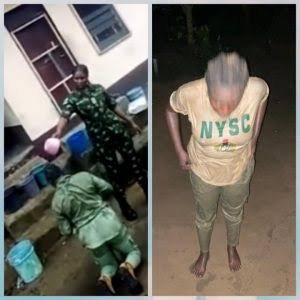 Related Topics:NYSC forces corps member to leave Calabar after assault by female soldier
Up Next