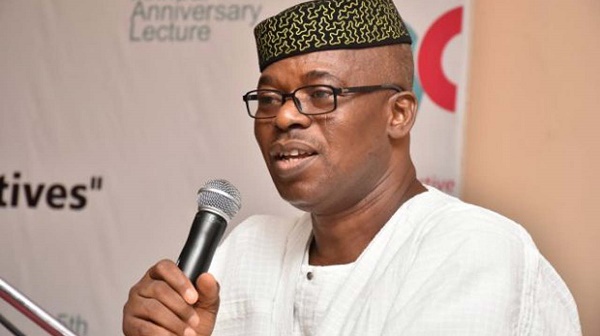 •’I have unfinished business in Ekiti’

Ekiti State former governor Mr. Segun Oni has said he has an “unfinished business” at the Government House.

He spoke yesterday in Abuja at the national secretariat of the Peoples Democratic Party (PDP), after picking his nomination forms for the 2022 Ekiti governorship election.

The ex-governor said the people and PDP members in Ekiti had been anticipating “this epochal moment”, which officially validated his interest in the governorship race and his desire to serve his people once again.

Oni had the nomination documents obtained on his behalf by a former member of the House of Representatives from Ekiti State, Mr. Yemi Arokodare.

Speaking with reporters after collecting the document, Arokodare, the director general of the Segun Oni Campaign Organisation, said Ekiti State people had resolved to use their votes to deliver the state for Oni and the PDP.