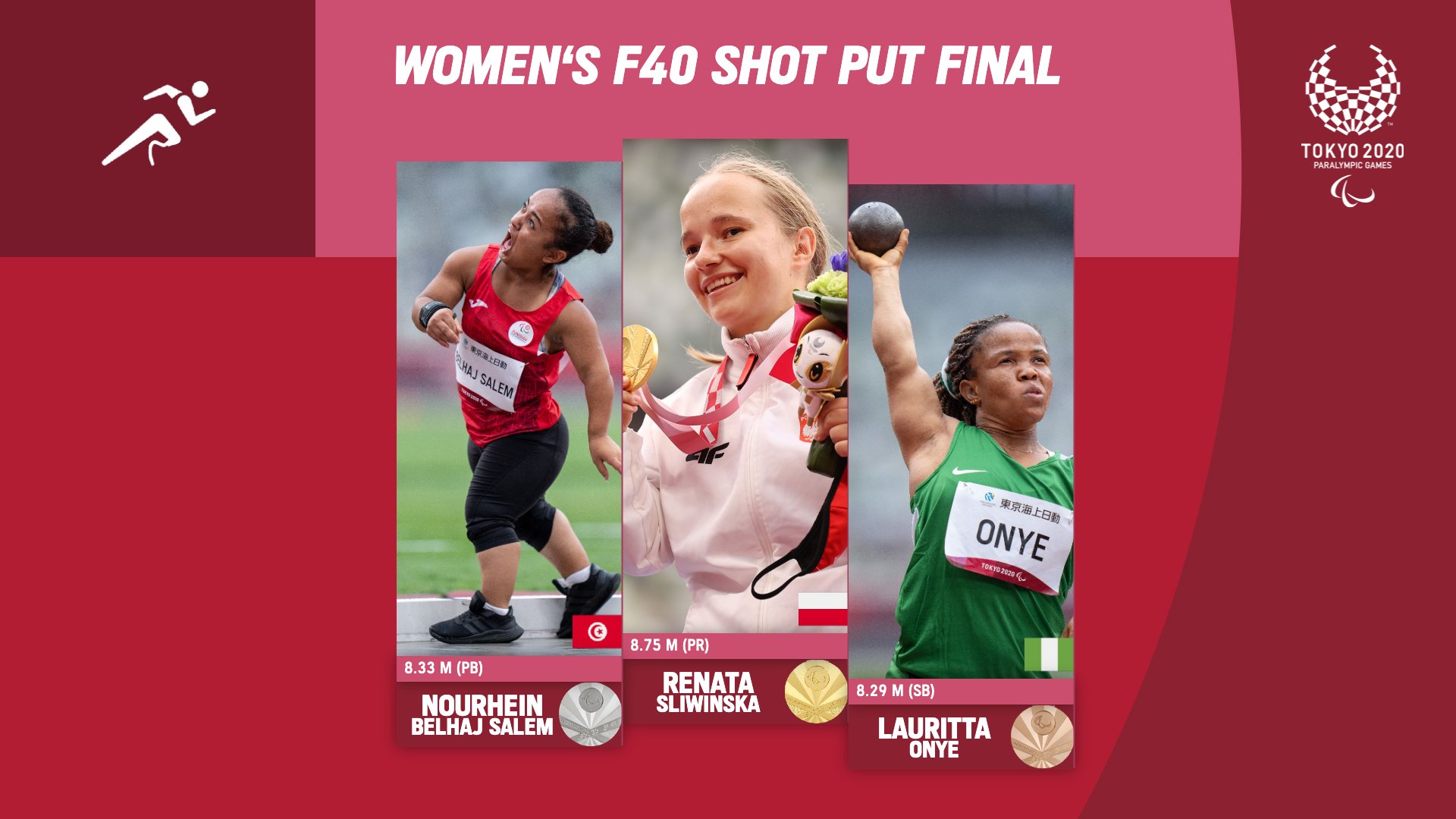 Team Nigeria has signed out of the Tokyo2020 Paralympic Games on a high with two(2) more medals.

The Paralympic Games holding from August 24 – September 5, 2021 has seen Nigeria rap up 3 Gold, 1 Silver and 4 Bronze medals in the Para-Powerlifting, Para-Table Tennis & Para-Athletics events, prior till today.

The Ikeduru-born Onye announced her arrival on the Athletics scene by clinching Silver (7.01m) at the 2011 All African Games in Maputo, Mozambique.

The 37-year-old went on to set a new Women’s Shotput F40 World Record of 7.59m at the 2015 Africa Para-Athletics Championships in Tunis, Tunisia.

She also clinched Silver in the discus-throw event.

She smashed her previous record, throwing 7.72m at the 2015 IPC World Championships in Doha and went on to throw a massive World Record 8.40m in the women’s Shotput T40, to win Gold in Rio 2016.

Onye claimed Bronze at the 2019 World Championships in Dubai (throwing 8.00m) to qualify for the Tokyo2020 Paralympic Games.

Asides Sports, she starred in the Nollywood film Lords of Money, appearing under the name Laury White.

Related Topics:Paralympics Tokyo2020: Nigeria Signs Out With 2 More Medals (10 Medals In Total)
Up Next