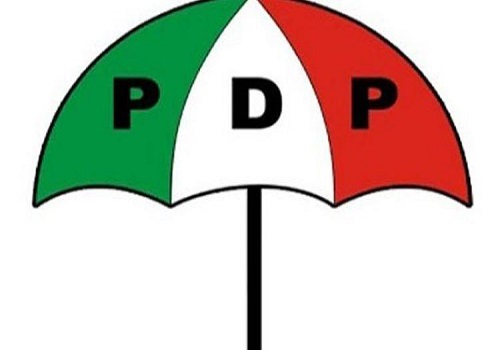 The Peoples Democratic Party (PDP) in Cross River has inaugurated its new executive committee in the state, the News Agency of Nigeria (NAN) reports.

The 39-member committee was sworn in by a notary public, Mr Paul Ibiala on Wednesday in Calabar.

Speaking, Mr Efiok Cobham, a former Deputy Governor of Cross River and the former Caretaker Committee Chairman of the party, said the inauguration signaled victory for the party in the state ahead of 2023 polls.

Cobham said that uniting the party shortly after Gov. Ben Ayade of Cross River moved to the All Progressives Congress was “most challenging.”

He said that since 1999, PDP had not lost any election in the state, adding that come 2023, it would reclaim its mandate in the state.

“The party is more determined, stronger and united to win the 2023 polls in Cross River.

“As a party, we have made mistakes in the past, but those mistakes will help us to cruise into victory in future elections,” he said.

Mr Donald Duke, also former Governor of Cross River, commended the immediate past caretaker committee of the party for doing a thorough job that brought in the new executive.

Duke said that the caretaker committee took over the mantle of leadership in the state at a more challenging time when the party lost its secretariat, the governor and other politicians to APC.

He expressed happiness that PDP in the state had retained the three Senatorial Districts’ positions in the National Assembly, adding that it was a major breakthrough for the party in the state.

He urged him to conduct a transparent primary that would select candidates for the party ahead of 2023 polls.

Responding on behalf of the executive, Ikem thanked the PDP stakeholders and supporters for the confident reposed in him to lead the party in the state.

He promised to democratise the party with a view to stopping imposition of candidates within the party.

Ikem also promised to work with other executive committee members, party stakeholders and supporters to transform the party. (NAN)

Related Topics:PDP inaugurates new executive committee in C’River
Up Next

Okonjo-Iweala Speaks On Contesting For 2023 Presidency