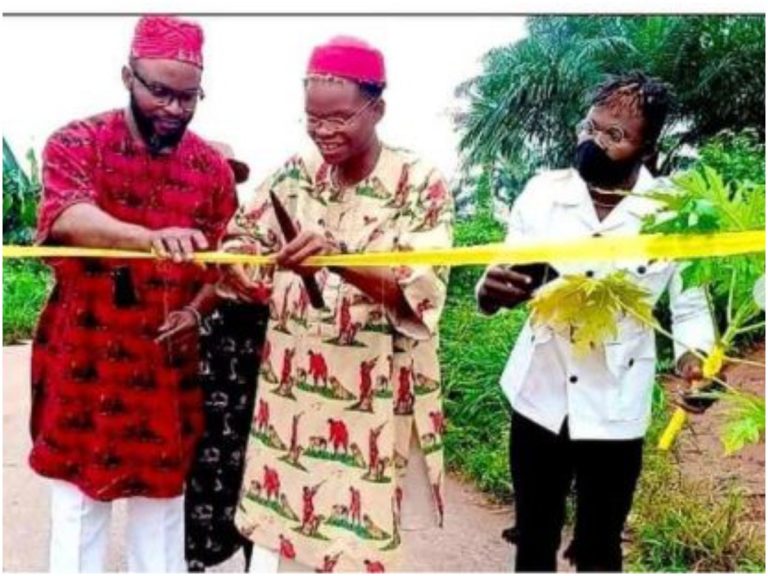 Tracknews Online recalls that President Buhari landed at the Sam Mbakwe Airport in Owerri, about 09:30 a.m on Thursday, and was welcomed by the state Governor, Hope Uzodinma, who had invited him to commission some projects in the state.

In a post via his Facebook page on Thursday, Governor Uzodinma appreciated the President for agreeing to visit the state and commission some of his projects.

Some of the projects slated for commission include Naze-Nekede-Ihiagwa-Obinze Link Road Phase One, an underground tunnel on D-Tiger Road Owerri, the Egbeada Bye-Pass and the new State Executive Council Chambers at the Government House, among others.

Days after the presidential visit to commission these projects, some residents of the state took to an untarred road to mock the project commissioning by the state Governor and the President. 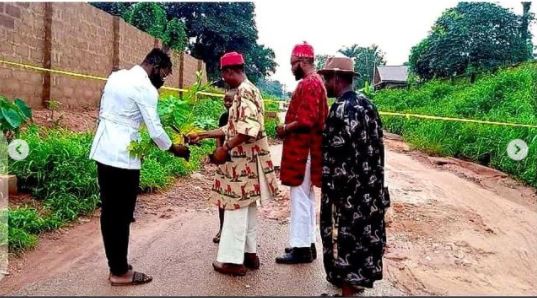 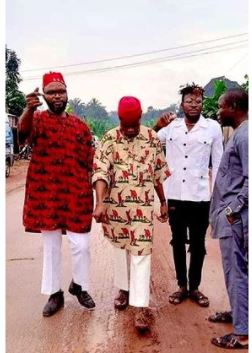 Meanwhile, Hope Uzodinma has insisted that President Buhari was in the southeast state on a working visit.

Naija News reports that the governor stated this while dismissing insinuation that Buhari’s visit to Imo State was connected to the 2023 general election.

Uzodinma said the president’s visit has nothing to do with the 2023 elections as he was simply on a working visit.

He stated that Buhari commissioned projects and met with stakeholders to have an interaction.

Our people came out to receive the president who visited Imo State in solidarity with the governor of Imo State. It has nothing to do with the 2023 election or politics,” Uzodinma told Channels Television.

“We only received the president who came on a working visit, commissioned projects and had an interaction with us.”