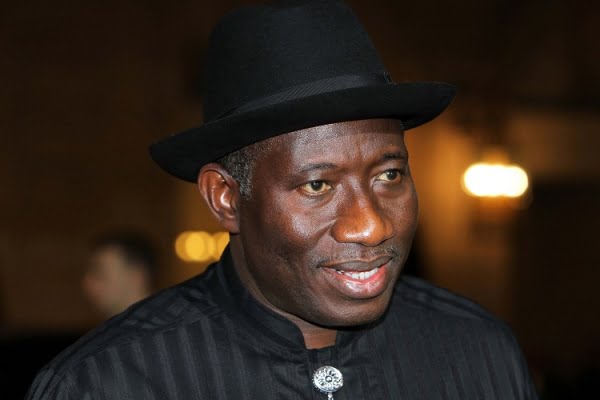 The leadership of the Peoples Democratic Party, PDP, has reportedly visited former President Goodluck Jonathan over is alleged plans to join the All Progressives Congress, APC.

It was gathered that the acting National Chairman of the PDP, Yemi Akinwonmi, led a delegation of party leaders to the Abuja residence of the former president.

Those on Akinwonmi’s delegation were Daisi Akintan, former caretaker secretary of the PDP in the South-West and the secretary of ex-officio forum and a member of the National Executive Committee, Mrs Helen Taiwo, PUNCH reports.

It was gathered that the meeting which was held behind closed doors was meant to update Goodluck Jonathan on the crisis rocking the former ruling party.

The PDP are also reported to have sort the advice of the former president on the best way to resolve the party crisis.

“The South West team were with the former President to appeal to him not to abandon the party,” a source revealed.

“They also appealed to him to show more than a passing interest in the affairs of the party by becoming more actively involved in the activities of the party. The former President assured the team that he would not abandon the party.”

According to some reports, APC governors are backing Jonathan to take over from Buhari in other to kill the presidential ambition of the National Leader of the party, Bola Ahmed Tinubu.

A chieftain of the New Nigerian Peoples Party, NNPP, Olusegun Bamgbose, had claimed recently that Jonathan has concluded plans to join the ruling party.

He claimed that the APC is doing all it can to retain power in 2023 despite the poor performance of the administration led by President Muhammadu Buhari.

Bamgbose disclosed that Jonathan is expected to join the ruling APC before January 2022 with a governor and a senator.

According to him, Senator Stella Oduah joined the party recently in preparation for Jonathan to equally decamp.

The lawyer said APC has offered it’s presidential ticket to Jonathan and the former president has agreed in principle to cross over to the APC.

Related Topics:Please Don’t Abandon Us – PDP Leaders Beg Goodluck Jonathan Not To Join APC
Up Next