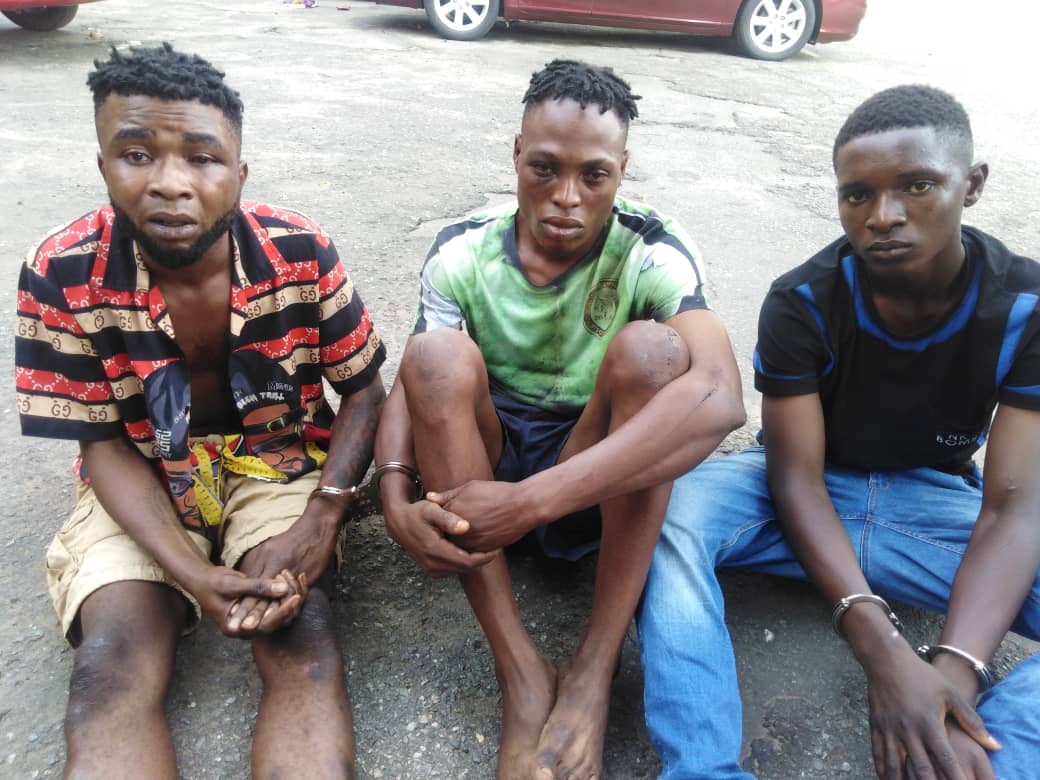 The Police in Lagos State have arrested three youths for the murder of an Uber driver, Morenikeji Stephen Oluwaniyi.

The operatives attached to the Meiran Police Division nabbed the trio over the death of the 27-year-old. They made away with a Toyota Corolla car.

The suspects, Rilwan Nasiru, 27, Sodiq Taiwo, 23, and Oladimeji, 20, booked an Uber, lured the driver to the Meiran area and strangled him to death.

Afterward, they dumped Oluwaniyi’s body on the Abule Egba bridge, along the Lagos – Abeokuta expressway.

The stolen car has registration number KSF 830 GX. Detectives swung into action following a report by the victim’s fiancée and tracked the criminals to their hideouts.

The Commissioner of Police, Hakeem Odumosu has directed that the case be transferred to the State Criminal Investigation Department for further investigation and prosecution.

Odumosu advised drivers on taxi platforms to be security conscious always and be wary of the passengers who patronize them.

Related Topics:Police arrest suspects for murder of Uber driver in Lagos
Up Next