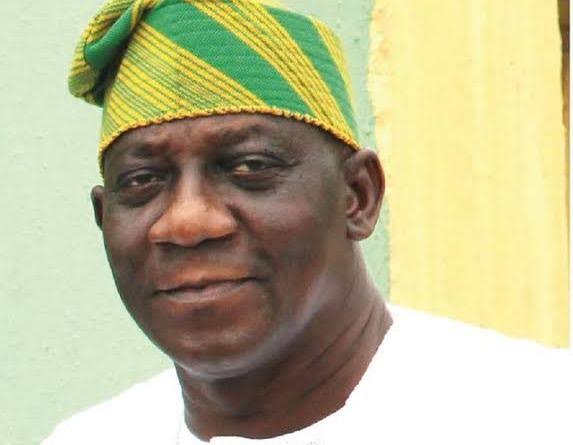 He was whisked away on Monday evening at a worksite in Ajah amid sporadic gunshots by the hooded criminals.

Police spokesman Adekunle Ajisebutu said efforts had been intensified to rescue him and arrest the culprits.

The AVM’s abduction was first reported by his driver who simply identified himself as Corporal Odiji.

In a voice note, he said the gunmen struggled with his principal before they took him away on a boat.

He said: “Please, this is an emergency. I am Corporal Odiji, attached to AVM Smith. Oga was just moved from the site we were working. Some gunmen wearing masks just came, pulled him out of the site. They shot everywhere and took him away. I was nearby where he asked me to fix his vehicle. I am his driver. As I was coming back, I saw them when they went on a boat through the water. I was not armed. So, I ran to the site and found Oga’s glasses and where he struggled with them before they took him off.

“Please, somebody should pass the message. They went from Blenco area in Ajah and rode towards Ikorodu area on the water.”

It was also gathered that a prominent pastor of the Redeemed Christian Church of God (RCCG) and his wife were equally abducted in the Dopemu area of Lagos, their driver forced into another car believed to be stolen.

The pastor’s wife, The Nation gathered, was released yesterday morning and asked to source N50 million ransom, scaled down from the initial N100 million.

It was said that the assailants dropped her off at their residence, warning her that was being watched closely.

The third victim, according to security firm, Eons Intelligence, was abducted at Admiralty Way in Lekki Phase One by another set of hooded gunmen, said to have also driven him away to an unknown destination.

Two weeks ago, a man was reportedly abducted at a Catholic Church in the Festac area of Lagos.

A security source said the kidnappers’ mode of operation was similar to that of Niger Delta militants particularly the Ilaje boys from Ondo State.

“We have seen these tactics in Lagos in the past. This is a pure case of invasion and the way they are operating, it seems the militants have regrouped. It calls for concern,” the source said.

Ajisebutu confirmed the kidnap of AVM Smith, adding that efforts had been intensified to rescue him and arrest the culprits.

Ajisebutu denied knowledge of other abductions.