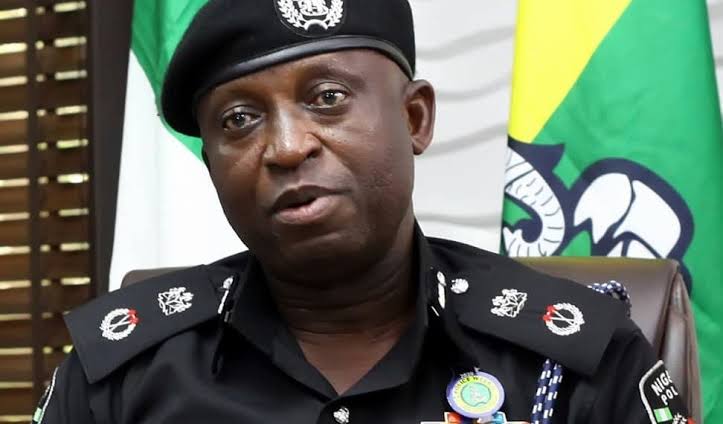 The DPO invited Ms Madueke to his office on the night of August 27, “slept with her till Saturday morning,” and released her at about 5 a.m.

The police in Lagos have redeployed and slammed an investigation on the Divisional Police Officer of Denton Police Division, Adegoke Atilade, for allegedly losing his pistol after having sex in his office.

This development was contained in a statement released by Adekunle Ajisebutu, the Lagos police spokesperson.

Punch Newspaper on Thursday reported that Mr Atilade detained his lover, one Jennifer Madueke, over his missing service pistol after allegedly having sex with her at his office.

Mr Atilade after detaining the lady at his station for three days, transferred her to the State Criminal Investigation and Intelligence Department, Yaba, where she continued her detention.

According to the report, the DPO invited Ms Madueke to his office on the night of August 27, “slept with her till Saturday morning,” and released her at about 5 a.m.

On September 4, one week after the sex escapade, Mr Atilade reportedly invited his lover for them to see again, only for him to detain her and accused her of stealing his service pistol.

He allegedly kept and tortured her in his cell till September 6, telling her to confess to stealing the pistol. He thereafter took her to SCIID where she led the police to get house for searching and possible recovering the missing pistol.

According to the report, the effort failed as no pistol was found at her apartment.

Mr Ajisebutu said the police commissioner, Hakeem Odumosu, has ordered an investigation into the incident and an immediate redeployment of Mr Atilade from Denton Police Division.

“This is to inform the general public that the Lagos State Police Command is not oblivious of the reported case of theft of service pistol against one Jenifer Madueke ‘f’ and the allegation of sex in the office against DPO Denton Police Division, CSP Adegoke Atilade as published on page 4 and 5 of today’s edition of the Punch.

“In the interest of fairness and justice, the Commissioner of Police, CP Hakeem Odumosu, has ordered an independent, thorough and unbiased investigation into the case,” the statement reads.

Mr Ajisebutu said appropriate actions will be taken against any one found culpable at the conclusion of the investigation, and justice would be served to all parties.

Mr Ajisebutu, a chief superintendent of police, said the public would be kept abreast of developments in the case.

Related Topics:Police redeploy DPO who lost pistol after alleged office sex
Up Next

Fake lawyer who practised for 10 years apprehended in Osun court