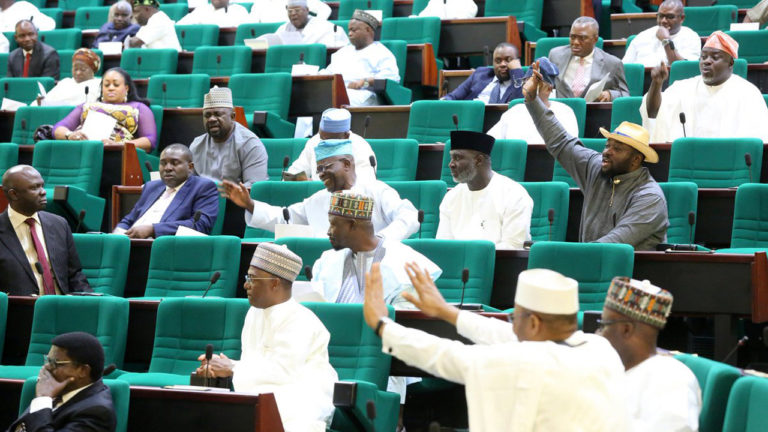 The House of Representatives has urged the Federal Government to intervene and secure the release of Nigerians who are being detained illegally in prisons abroad.

The House called on the Federal Government to employ diplomatic means to assist Nigerians who were wrongly convicted and are being detained in various prisons abroad.

The Committees on Foreign Affairs, Justice and Inter-Parliamentary Relations and Diaspora Affairs were mandated to ensure compliance.

These resolutions followed a motion on the need to ascertain the number of Nigerian citizens being detained in foreign prisons by Hon. Dennis Idahosa.

The House noted that Nigerian citizens are in almost all countries of the world, making exploits in sports, technology, business, education and politics and have been ranked as one of the highest educated immigrants in foreign countries.

It also noted that due to the large population of the Nigerian diaspora community, Nigerians in Diaspora Commission (NIDCOM) was established to provide for the engagement and participation of Nigerians in the Diaspora in the development of Nigeria.

The House said it was aware that International Conventions and Treaties prescribe that anyone charged with a criminal offence is entitled to a fair hearing within a reasonable time by an independent and impartial tribunal established by law.

It said it was also aware that the World Bank estimated remittances of around 24.3billion per year and 6% of the country’s GDP, thereby making Nigeria one of the highest-ranking countries of the world in remittances inflow.

The House said it was cognizant that the remittances of Nigerians living abroad have been of significant impact in the development and economic growth of the country.

It expressed concern about reports that many Nigerians are languishing in foreign prisons, some of whom are being illegally detained, while some are exposed to labour exploitation, poor living conditions, discrimination, sex exploitation and other forms of dehumanizing treatments.

It worried that from a 2019 survey report by the Legal Defence and Assistance Project (LEPAD), about 16,500 Nigerians who are in prisons outside the country were convicted without legal representation and without knowledge of why they are in jail.

‘Nigerians can travel, do business with 120 countries without visa’