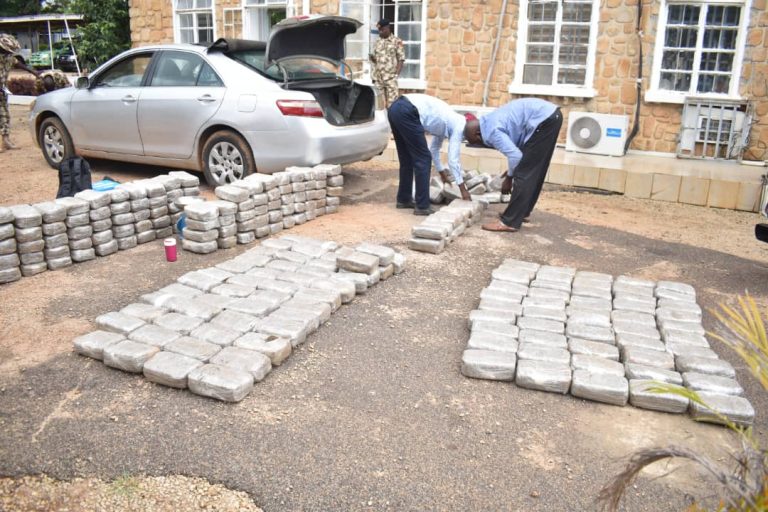 A retired Army personnel has been arrested in Kaduna State with a huge cache of illicit substances suspected to be cannabis.

The suspect was arrested by troops of Operation SAFE HAVEN (OPSH) on Tuesday 14th September 2021 during a stop and search operation along Manchok – Jos road in Kaura LGA of Kaduna state.

According to information made available to Tracknews Online in a statement by a military information officer, Major Ishaku Takwa, the arrested soldier identified as 60-year-old Ex-Corporal Essien Friday is suspected to be part of a drug syndicate.

He was arrested alongside another person whom they were in the car together identified as 50-year-old Ibrahim Ali. 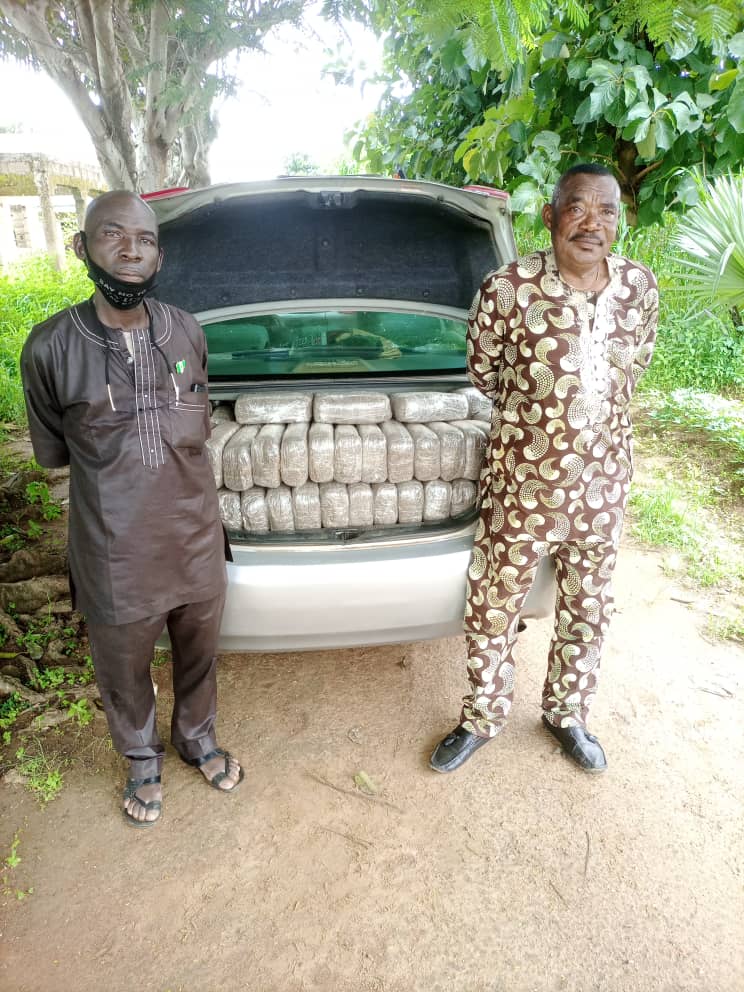 Upon questioning, the suspects said they were contracted to convey the illicit substance to Yola, Adamawa State from Ondo State.

Other items recovered from the suspects include 18 wraps of Indian hemp ready for smoking, 2 smartphones, 3 travelling bags, one lighter, and 2 wallets containing Five Hundred and Seventy Naira (N570) only.

The items were concealed and been transported in a Toyota Camry car with registration number Lagos, KJA 150 EG. 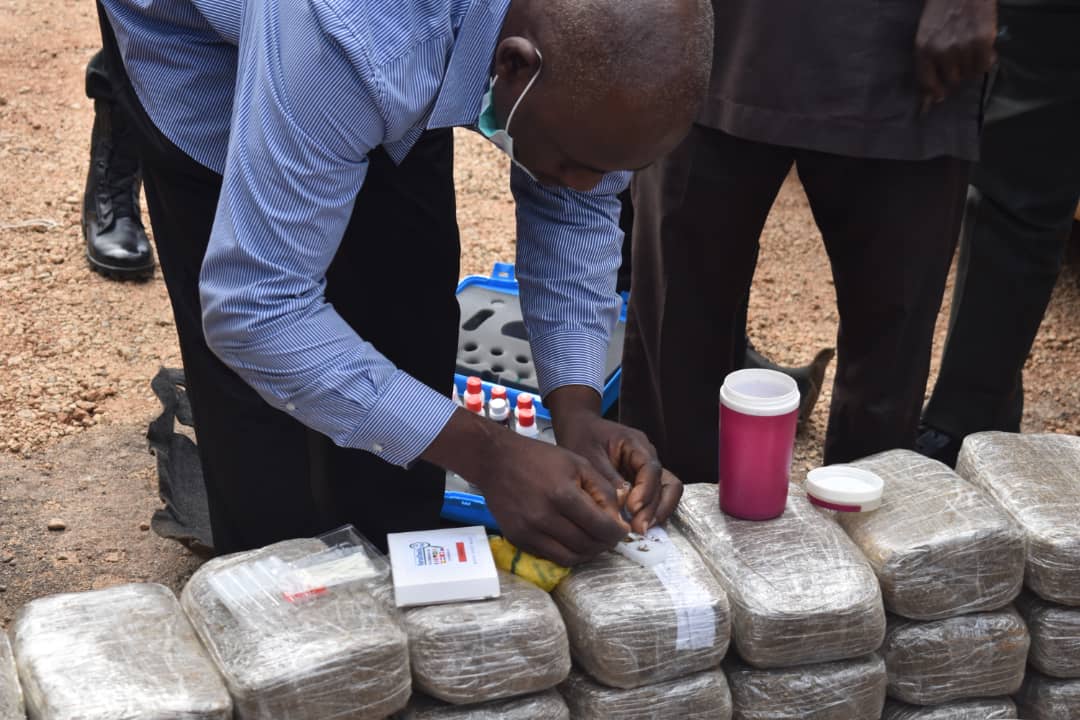 According to Takwa, the suspects and items recovered have been handed over to the National Drug Law Enforcement Agency (NDLEA), Plateau State Command for further investigation. 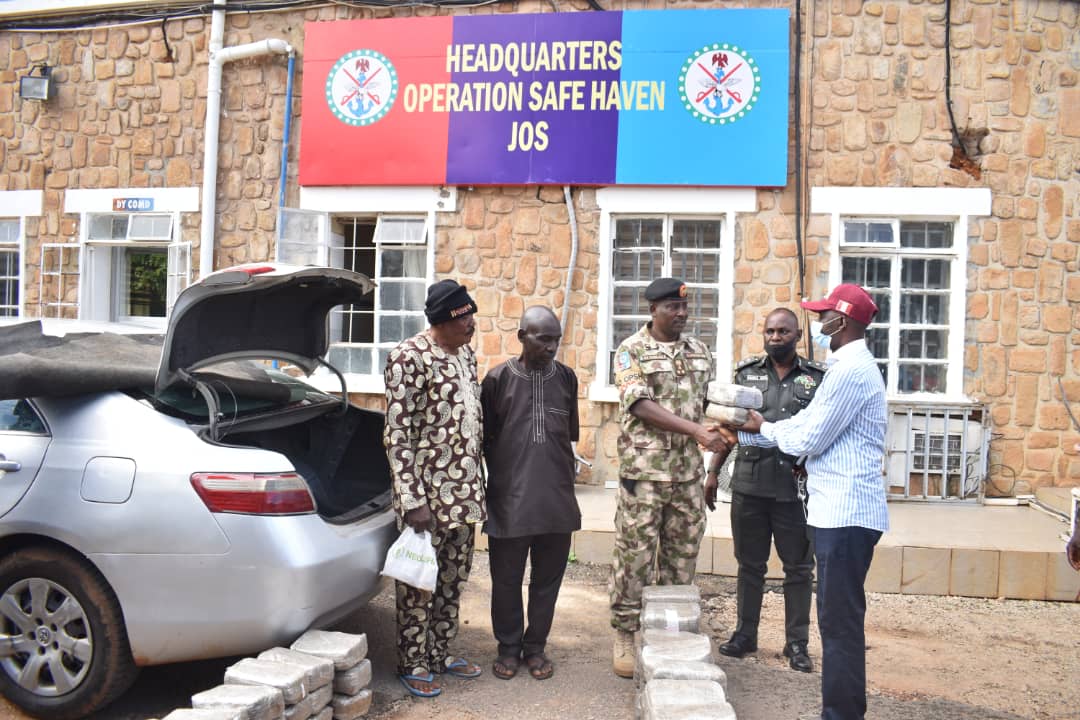 Handing over of the suspects to NDLEA

The Commander OPSH, Major General Ibrahim Ali has praised the troops for their commitment to ridding the nation of all criminal activities.

Meanwhile, an ex-Boko Haram commander who has ‘repented’ and submitted to troops of the Nigerian Army has disclosed that the true leaders of the terrorist group don’t go to the battlefields.

According to him, the majority of those killed or captured by the troops in recent times are ordinary fighters or low-ranking commanders of the dreaded group.

The ex-fighter identified as Adamu Rugurugu further disclosed that the top leaders are fond of sending them to the battlefronts to die while they remain faraway and secured in the strongholds.

Related Topics:Retired Soldier Arrested With Hard Drugs Worth About ₦7.5m (Photos)
Up Next